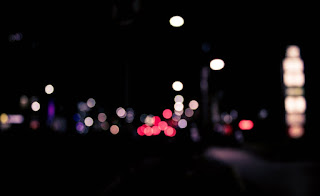 Sleepless in Seattle brings on new meaning when staying up all night has nothing to do with another person but rather the shameless addiction of the written word.  I would love to be a day person at some point, maybe when I grow up because I do miss that late morning air however, the night dawns so quickly thus my day begins.

Like a ghost I prowl the halls and corners at night searching myself for that next article or some great witty words that will stand out among the thousands.  The right word that will make a difference in someone's life between crossing the line or playing it safe. The article that will either entice the customer to read more or to move on.

Writing at night leads to solitude and serenity which delivers to the hand the thought processes that fills the mind from happenings during the day.  Every now and then you have to take a stroll to get the oxygen flowing from the brain. Like a vampire sucking every word that I can pen; writers block is not pretty.  As I wake a family member while roaming the badlands they wonder what is wrong with me.  As my family watches by day I keep guard over them at night; sounds pretty safe to me.

Writing is not for everyone.  You either have it or you don’t.  You can train someone who has it to be better however for those that just don’t get it, should not try this at home.  You have nights where the words just flow but then you have long sleepless nights trying to figure out what to put down.  It has to come natural, like being a musician, you hit the notes or you don’t.  You drive your family nuts with what is your first love as they continue to urge you to get some sleep.

What am I going to do in the day that I can’t do at night? Become a part of the early birds, in which society thinks of as “normal.” Yeah I’ve heard all the aphorisms, early bird gets the worm.  Can’t soar with the eagles if you hoot with the owls at night.  Tell me who says that hooting with owls is a bad thing? Do you ever think I can change from being like a ghost, a vampire, a night watchman or a scribe?  Probably not so for now, I’m on the nightshift.