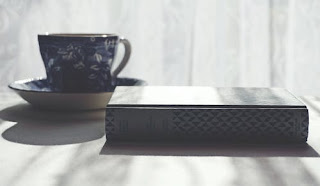 Imagine holding a bouquet of balloons. And someone comes up to you and pops one with a pin. Then another. Then another. Pop! Slam! Bam! You’re shaken, shocked and need to take a few deep breaths to recover from the impact.

This is what it can be like to receive feedback. Whether it’s a work project, a creative project, or input on how you show up as a person, feedback can be jarring, painful and downright destructive. As a coach of the creative process, I have seen how feedback can devastate people and shut down their creative dreams. One man, probably in his seventies, showed up in a writing group I was leading. He had received negative feedback on his writing twenty-five years earlier. It had taken all that time to work up the courage to come back to his writing. It was sad but I was glad to see that his writing urge refused to be dampened.

Feedback is a necessary part of growing as a writer or artist, so it’s best to become graceful at receiving feedback. Here are a few steps that will help to – gulp – take feedback and use it to encourage you instead of deflating you.

First, get really good at asking for feedback from the right sources. Give yourself a chance to get feedback that is constructive and kind. Seek trusted writing buddies, writing mentors, or teachers whom you know have your best interests in mind. Spouses, parents and children may not be objective enough to give useful comments. They may not want to hurt your feelings, or they may be insensitive to your feelings. A spouse or a friend may have no clue about what makes a good story and they just don’t have the skills to comment. No matter who you choose, make sure to include this vital second step.

You may not know that you can design the feedback process. You can! Know that when you ask for comments, the giver’s ego may get a little puffed up. Here’s their chance to be right, to know, and to point out all the things that are wrong with your short story or essay. It can be like someone getting the weed wacker out to tidy up the sidewalk and then the rush of power surges over into destroying the whole yard. Know what kind of comments will best serve your growth and ask for it. You may want the comments in written form. Having it written down will make it easier to assess the feedback later, which is the next step.

Give yourself time to integrate the emotions and thoughts that the feedback will provoke. I suggest setting the feedback aside until at least the next day. No matter how much you want to hear commentary, it can still affect you emotionally. You may be in denial, you may want to argue, you may be hurt or frustrated that you still have a lot of work to do. Give yourself time to let all the emotion settle in. Then, when you feel more objective, take a look at the feedback. You’ll want a clear mind to be able to discern what is useful, which is the next critical phase.

You’ve gotten a response and now you need to discern what will improve your project or performance. Being as objective as you can, look at the feedback and ask this simple question: “What’s true?” Keep your primary objective in mind and use that as a guidepost for whether the feedback you have gotten will be used or discarded. Another question to ask is “What can I learn here?” Notice if you become defensive, since that’s not the wisest approach to doing your best. Make notes as you go back through the feedback and decide how you want to move forward with it.

Commentary is an essential part of the writing process, and if you’re interested in improving your writing, you should be seeking feedback. Getting kind and constructive comments is key to becoming a good writer. Use my steps to receive comments gracefully. Soon you’ll love the feedback process and will be asking for it even more often! Feedback is a part of creativity, so don’t let it burst your bubble.