Negotiating Right: Get What you Deserve 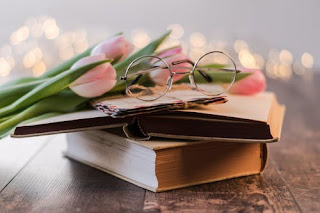 If magazine publishing worked like any other business, writers would fix their rates, and magazines would run around trying to hire the best writer in the lowest possible cost. Sadly, that’s not the case.

In this bizarre business, writers trying to compete with each other not only have to prove their worth once, but again and again, and each time they want an assignment. You’ve got clips. You’ve written the perfect query. You’ll even deliver the best assignment. But then again, you’ll have to ask for more money and negotiate your way into getting what you deserve.

If you’re a writer whose only source of income is writing, then you have to negotiate. It’s the whole lifeblood of your business. Don’t get paid less simply because you didn’t ask. Don’t worry. You’re not going to sound greedy. You work hard, and you deserve to be paid for it.

When a magazine puts “pays $50-$700” in their guidelines, what can you do to be the writer that is paid in the higher range? If you’re a beginner, you probably won’t even think of getting into the high-paying slot. You’d think those places were reserved for the regular and the more experienced writers, right?

Admitted, regular writers are preferred, and their pay rates will usually be much higher than yours. But you don’t fall into that lower category because you’re a beginner; you fall into it because you fail to negotiate.

If you’ve got a sparkling query, an article proposal that the editor simply loves, and good writing skills that leave the editor craving for more, she’s not going to bail out on you simply because you asked for more money. In fact, she’ll be glad to arrange it for you. Not having a dozen clips on your resume does not entitle you to less pay. In fact, if you act like a professional, and give the editor what she wants, money won’t even be an issue.


Whenever you find a magazine that has a variable pay rate, be sure there’s room for negotiation. Why else would they have such a broad category? A very well known magazine mentions in their guidelines that they pay their writers anywhere from $50-$1000 based on experience and length of article. What I also noticed was that they’ve specified the length of pieces in their columns and departments. So, reading between the lines, I’m thinking—negotiation!

What about all those magazines that pay fixed rates? Do you just settle for what they have to give or is there room for something more? If you’re looking to be paid more, there’s a very remote possibility.

However, there are other things that you can ask for. For one, there are rights. If you could use one piece in more than one publication, it would get you more money, though indirectly. Even so, another publication means another name added to your list of growing credits. Wouldn’t you much rather sell one piece to ten different magazines, than get paid only once? Other than increased pay, you’ve also added to your list of credits. That’s bound to bring in more money in the future.

Other than that, kill fees are a definite must. You don’t want to spend hours on your research, only to have your article removed off the publication list. You deserve payment for the time you put in. Talk to the editor about this before you’ve actually started the writing process. Normally, kill fees are around 20-50%. It’s very unlikely that you’ll get more even if you have a working relationship with the editor.

Another issue is payment on acceptance versus payment on publication. Magazines have very long lead times. In simple words, this means that there you could have to wait as long as six to eight months after acceptance to see your article in print. If you’re an international writer, the delay is even longer, sometimes leading to getting payments months after you’ve written the article. Do you really want to wait that long? Can you?

What else? Bios. Short blurbs after our names that could point to a website, have contact information or simply mark us as experts. A few magazines give them, but if they don’t, you could ask for one. Or you could ask for a bigger bio or a photo alongside. This is much easier to do if your article is appearing online. If the editor is unwilling to pay you more, this is your best bet.

If your article required a lot of traveling, phone calls, lunches or other expenses, ask the publication to reimburse it. There will usually be a limit to how much a publication will pay, but it should cover your total expenditure on writing the article. Send in the bills, appropriately marked, and you’ll be paid. If this clause isn’t mentioned in your contract, be sure to bring it up.


If you’re like most writers, you’re a pro at writing emails with demands no editor dare refuse, but when it comes to negotiation in person or over the phone, you give in a little too soon. You know you could have got more, but you caved in before you could gather yourself to say, “I was expecting more.”

Negotiating is a whole other job in itself. (That’s why we have agents right?). But as a freelancer, an agent would do you more harm than good, so you’ll have to take up this profession as well. (You’re already a writer, marketer, promotion expert, website developer and accountant …what’s one more job?)

When an editor sends over a contract in which you can see the need for negotiation, don’t hesitate to pick up the phone and talk to her. It’s easier than you think. Editors expect writers to negotiate. Professionals do it all the time. So, it doesn’t come as a surprise to her when a writer asks for a bigger paycheck. She’s probably even prepared for it. And this is the sole reason why she’ll give in more easily than you thought. Stand your ground, and be confident. If you believe you deserve to be paid more for your words, she will too.

So, let’s imagine you’ve got an acceptance letter (or phone call) from the editor. Yippee! Do the victory dance, run around and tell everyone you know and then come back to planet Earth for a reality check.

Before talking to the editor, you should have a fair idea of what you’re expecting from the publication. Don’t keep your demands too high. At the same time, don’t keep your expectations too low either. The publication’s guidelines should give a rough idea of the upper and lower limits and depending on your article length and research, you should be able to determine a rough amount.

A few pointers on the actual process of negotiating:


1. Don’t be the first to state the figure. Sometimes you just have to, but try to get the editor to propose the amount and you can work your way up from there.

2. Use phrases such as “I was expecting more” and “That sounds a little low” or even “I was thinking more in the range of …”

3.Don’t argue with the editor. After all, you do want the assignment. Reach a figure that you’re both comfortable with.

4. If the editor doesn’t budge on the money front, ask for a better rights agreement or a bigger byline. Payment on acceptance is always a big plus.

5. Finally, never be unprofessional. If you don’t like the terms of the agreement and decide not to write for the publication after all, be polite. Demeaning the editor or the publication will get you nowhere but in the black list.

Get it in Writing


Nothing is final (or legal) until you get it on paper. If your old contract didn’t state the terms correctly, ask for a new one. Check and recheck the terms and only then sign the contract.

Writers are often deprived of their hard-earned money simply because they were too nervous to ask.

Looking back, I see many times when I knew I could have asked for more, but didn’t. And there are many other writers who don’t either, because they don’t want to risk a relationship with an editor before it’s even begun. Whether you’re a novice, or a seasoned pro, the truth is – you won’t get something unless you ask for it. So next time, give it a try and you might end up making more than you thought.