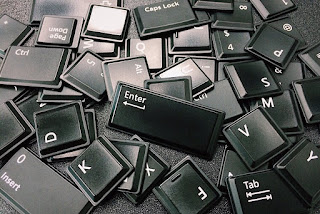 In addition to standard letter-writing dos and don'ts, there are a number of basic guidelines that apply specifically to most situations related to the writing of letters of recommendation. These are usually more "situational" than "how-to" in nature.

These recommendation letter guidelines are important to both note and apply, since writing letters of recommendation is always a somewhat tricky and delicate matter. That's because they almost always affect the reputation and future of the writer or that of another person.

Write It Only If You Want To

If you are asked by someone to write a recommendation letter about them, you don't have to say "yes" automatically. If it's someone you respect for their work, and you have mostly positive things to say, by all means write the letter.

There is no point saying "yes" and then writing a letter that says nothing good about the person, or worse still, concocting a misleading positive assessment of someone.

So, whatever you do, don't get sucked into writing a recommendation inappropriately out of feelings of guilt or obligation.

If You Must Refuse, Do It Right Up Front
On the other hand, if someone asks you to write a recommendation letter for them, and you know you'll be hard-pressed to keep it positive, say "no" right away.

There is no point in hesitating and leading the person on to believe that the answer might eventually be "yes".

A gentle but firm "no" will usually get the message across to the person. Explain that you don't think that you are the best (or most qualified) person to do it.

If you feel you should refuse, for whatever reason, it may be helpful for you to suggest someone else who you think might have a more positive and/or accurate assessment of the person.

That other person may be in a better position to do the assessment. Usually there are a number of possible candidates, and you may not actually be the best one.

In fact, I have seen a number of cases over the years in which people requesting recommendation letters have not requested the letter from the obvious or logical choice. This usually happens when the requestor doesn't like the person who is the obvious choice, and/or they are worried about what that person will say about them.

Write It As You See It

Writing a less than honest letter of recommendation does no one a favor in the end. It is likely to backfire on you, the person being recommended, and the new employer.

Also, many employers and head-hunting agencies check references these days.

How would you like to be called up and have to mislead people due to questionable things you may have written in a reference letter?

Be Honest, Fair, and Balanced

Honesty is always the best policy when it comes to writing recommendation letters. At the same time, try to be fair and balanced in your approach.

If in your estimation, a person has five strengths and one glaring weakness, but that weakness really bothers you, make sure you don't over-emphasize the weak point in the letter based on your personal bias. Just mention it in passing as a weakness and then move on.

An overall balanced approach is the best one for a letter of recommendation. Even if your letter generally raves about how excellent the person is, some balance on the other side of the ledger will make it more credible. After all, nobody's perfect.

There must be some area where the person being recommended needs to improve. A bit of constructive criticism never hurts and it will make your letter more objective in nature.

The most important point to take away from the above tips and strategies is that it is your choice as to whether, and how, you will write a letter of recommendation.

It's an important type of letter that will have a definite impact on the future of the person about whom it is being written, so don't agree to write one unless you are willing to give it your utmost attention and effort.