How to Write Words Worth a Thousand Pictures 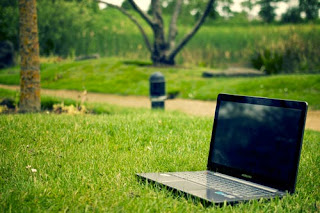 We live in a new image-driven society. It can be hard on writers unless they learn to connect with today’s readers. Writing that connects is easy when you keep a few basic writing principles in mind. Let’s face it, as a writer, you are competing with the greatest influence in our image-driven society, the film and television industry. So, let’s take three well-known words in film making as cues for effective writing. Ready? Lights! Camera! Action!

Catch the reader's attention. You catch your reader's attention when you know who they are and what holds their interest. Yes, write what you know but also write for who you know. For example, avoid using abstract words and concepts when writing for children. Kids won't understand and you won't grab their attention.

The effective writer writes about what interests the reader using words the reader relates to and understands. When you write fiction or even creative non-fiction; develop catchy titles, contemporary themes, strong heroes, good plots, intense conflict, and create interesting characters. When you do, lights go on for your reader.

Describe, describe, describe! Use specific, concrete, and concise words. Write to describe but avoid using too many adjectives. Mark Twain said: "When you catch an adjective, kill it." Strong words from Mr. Twain but when you cut out adjectives and use descriptive nouns, your writing comes to life. Instead of writing "big, beautiful house," try writing "mansion," "villa," "castle," "palace," or "chateau." Use a thesaurus and find image-driven nouns to replace superfluous adjectives. Sorry, I couldn't find a noun to replace "superfluous adjectives." But you get the idea.

The contemporary writing advice, "show don't tell," echoes in the ears of most writers. And for good reasons. The writer must "show" readers rather than "tell" to grab their image-driven attention. For example, use vivid detail instead of vague generalizations when describing emotions. Write, "sweat dripped from his forehead," not "he was nervous." Let the images come alive in your story.

Lights! Camera! Action! will connect your story with your readers. Go ahead, give ‘em pictures they’ll never forget!