How Is Learning Chinese Writing Different From Learning A Western Language? 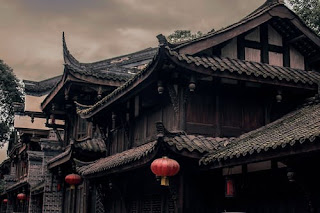 In the modern Chinese writing system, each character is a
form of its own, representing a particular sound and at
least one meaning.

In other words, each Chinese symbol is
a unity of form, sound and meaning.

To learn Chinese writing, you need to know each Chinese symbol or character individually.

You will need a vocabulary of at least 3,000
characters to understand 90% of what you read.

A vocabulary of 4-5,000 characters allows you to understand
almost everything written in Chinese in the modern
context.

Although there are more than 60,000 characters
listed in the largest Chinese dictionaries most of them are
ancient symbols and no longer in use.

Only a very small proportion of Chinese characters- some 300, perhaps- are simple representations of natural objects; all others are composite signs.

a graphic component (which represent a man, woman, tree
etc.)

and a phonetic component, which gives some idea of
the pronunciation.

Learning Chinese writing is quite different from learning a Western language.

To learn a Western language like English, you need to know a whole series of sounds.

If you take an English word apart, separating it into its many phonetic syllables, it would lose its meaning altogether.

In learn Chinese writing, you first learn the characters and then you learn the word.

Although the meaning of da xue has to do with da and xue, it is not a simple case of da ”big” plus xue ”school”.

It does not mean "big school".

If you were to take the English word “university”
and try to figure out its meaning based on the meanings of
the five syllabic components u/ni/ver/sit/ty, you would not
understand anything because they mean nothing.

In Chinese writing, the symbol is the unit carrier of meaning whereas in English it is the word which serves the same purpose.

Chinese characters are essentially pictures and they appeal to the eye.

In comparison, Western letters and words are based on
sound rather than sight.