What Everybody Should Know... About The History & Development Of Communication 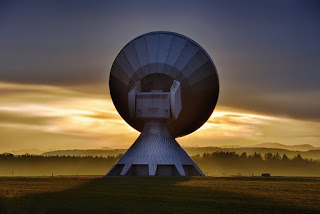 Have you ever stop to realize just how important communication is to you.  Without being able to connect with other people it not only stops you from achieving your goals and desires, it could also threaten your mental and physical health.

Yet, many people just leave  their communication skills to happenstance and live in a world of misunderstandings, hurt feelings, loss of relationships and business disasters. Quite often they look for outside reasons for challenges or failures. Yet, they can overcome the challenges.

History has shown just how vital communication is in order to grow, succeed and to become more than we are. When you look at the development of humankind and of our brains, you can understand the importance.

In a study on the development of humankind, it was stated that many versions of humans started out, but due to a variety of reasons, they didn’t survive and became extinct.  The last two types stated to survive were the Neanderthals and the Homo sapiens. There has been much debate as to whether they were two subsets of one species or two distinct species.

The one thing agreed upon was that other than the difference in the brow bone and chin that the two were more similar than any other versions and that they both had a larger brain than the previous. They could tell that the Neanderthals could think out problems, as they had created tools and buried their dead.  Therefore, they couldn’t understand why they became extinct.

A scientist recently discovered one difference between the two.  He noticed that when he turned the skull upside down and looked at the base of the brain area that the Neanderthals had a flat base, where as Homo sapiens have a bulge downward.

This effects where are larynx is located.  The Neanderthal's would be higher up and unable to make many of the sounds that Homo sapiens do. They wouldn’t be able to make the vowel sounds.  In other words, they weren’t able to communicate and connect with others on a higher level in the same manner as Homo sapiens.  It is believed that this inability to communicate as well is what eventually lead to their extinction.

The conclusion was that intelligence on its own, is not a guarantee to be able to succeed in life. Your ability to communicate well, and connect with others will enable you to survive and excel business and life. All the knowledge in the world won't help if you can't releate or explain any of it to others.

However, our communication abilities don’t end there. Much of our primary motor cortex in out brain is related to communication. In other words, a big chuck of our higher advanced brain in the motor cortex, was designed to enable us to communicate more efficiently. This relates to our hands, face tongue and larynx.

When we communicate, our message that we give has more meaning than just the words. Our message is sent in part by body language, tone and emphasis.

Body language includes, use of our hands and facial expressions as well as our stance and posturing. Our tongue and larynx give tone, pitch and emphasis. It is these fine details that has enabled us to more clearly define our motives, beliefs, understanding, intentions and desires that we want. It has enabled us to advance in ways that we would never have been able to without our ability to communicate our thoughts, feeling and ideas.