What Would You Do If You Knew You Couldn't Fail? 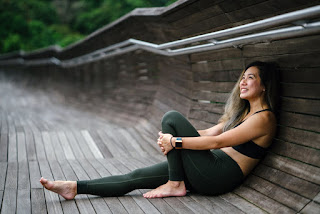 One of the biggest obstacles to achieving the high level of success and happiness you desire in life isn't lack of money, lack of time, lack of talent or lack of opportunity.  It's simply the lack of self-belief.  Most people run their lives saying "I'll believe it when I see it," and whilst this approach can be useful in certain respects, it isn't effective from the perspective of achieving your goals.

It isn't effective because, unless we believe in ourselves first, we'll never pursue any goal long enough to see any tangible results.  Instead, we'll give up after a day, a week or a month because, deep-down, we're sure that we'll fail anyway.  So why bother?  Why set ourselves up for failure?  Why build castles in the air, only to face eventual disappointment.

It's a paradox, but a big secret to achieving your goals in life is to believe in yourself before you've seen anything to merit that self-belief.  If you want to start your own business, believing that you can and will succeed will get you a whole lot further than believing that you just might succeed.  But don't take my word for this.  Look at any high level achiever and you'll see that this principle has been proven time and time again.

When Thomas A. Edison set about inventing the electric light bulb, he had an unshakable belief that he would succeed if he persisted for long enough.  It took over 10,000 disappointing experiments before that self-belief paid off, and at the 10,000 mark even his co-workers lost faith in the goal.
"Why not just give up?" they asked.  "After all, we've done 10,000 experiments and failed 10,000 times!"

Edison was as insightful into the mechanics of achievement as he was in the field of invention.  "I haven't failed 10,000 times," he said.  "I've simply discovered 10,000 ways not to invent the electric light bulb!"

He continued, with nothing but his own self-belief to carry him forward.  And eventually the 10,000 "failures" led to success.  Thanks to Edison's "unreasonable" self-belief, electric light is now taken for granted across much of the world.

Another example of self-belief can be seen in Jeff Arch.  This guy had wanted to write a big Hollywood screenplay for a long time, but it was only after going to a motivational seminar that he finally developed the necessary self-belief.  Renewed with the attitude that he "couldn't fail", he returned home and wrote Sleepless In Seattle, which was later produced with Meg Ryan and Tom Hanks in the lead parts.  Jeff's self-belief created a product that entertained millions and also made him millions.

Right now you have within you all you need to succeed.  But you need to believe in yourself before that fact will make itself observable.  So let me ask you, "What would you do if you knew you couldn't fail?"
Would you learn to become a pilot?  Start your own business?  Write a book?  Get in the best physical shape of your life?  Triple your income?

Whatever your answer, let me tell you that succeeding in any of these areas is always possible for you.  All you have to do is generate the self-belief that this is so.  If you find it difficult to do this alone then contact me and let me personally help you, through a personal coaching program, to reach that place of self-belief that makes action - and results - possible.

However you choose to proceed, proceed you must.  Because life is short, and you only get one of them.  If you don't believe in yourself, you'll never achieve even a tenth of what you're truly capable of achieving.  And that, my friends, would be a sad, sad tale of a life unnecessarily wasted.

You're here to live life to the full.  So seize the opportunity.  Forget your self-doubts and adopt the attitude that you can if you think you can.