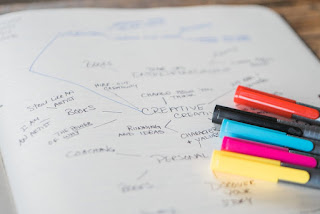 What is Sense of Place? It's the image of a scene's environment evoked by the writing. The author becomes an artist; the book page is the canvas, sentences and phrasing are the brushes; words give color.

This element of a story is something most readers look for. They want to feel as if they are in the scene. Sense of place is vital to fact and fiction.

Some writers overuse adjectives with the mistaken belief that this will offer sense of place. But saying "the elegant house" isn't enough. That abstraction has little substance. "The well-landscaped house set on a knoll overseeing the valley" might say more.
Another attempt is to list things.
“Brenda looked around. The room had a brass coffee table, and a bright sofa flanked by two Queen Anne chairs. Three prints were on one wall, with the sheer curtains hanging at the wide window. Two ornate candlesticks set on the fireplace mantle.”
Brenda has become a camera, with no emotion attached to the description. How about this:
“Brenda thought the bright sofa flanked by two Queen Anne chairs seemed cozy. She admired three prints, and fingered one of the ornate candlesticks on the mantle as a breeze billowed the curtains. Scents of lilac wafted through the wide window. The books on the brass coffee table caught her eye.”

This second paragraph only uses eight more words than the first, yet engages the character into the description of the room so that the reader learns about the room and the character.

Sense of place is important in nonfiction, too. A manual might read: “When managing a large office setting, it's important to develop good interaction between employees.”
“Large office setting” is rather vague, and so is “good interaction.” To give this sentence sense of place, it could be written:
“When faced with multiple workstations, harsh lighting and the continual background noises of telephones and copy machines, it's important to encourage dialogue with all employees.”

Sense of place should continue throughout a paragraph or section.

Here's a scene of a man stranded on a stretch of Kansas back road. "The hot July sun bore down on him" could give the initial detail. But it must be carried through the scene. Several sentences later a sentence could read, "Robert looked at his useless car." Add sense of place to this: "Robert wiped sweat from his forehead and squinted toward his useless car.
wiped sweat (it's hot) squinted (it's bright)
Later: “He looked around for the closest house.”

This would work better as, “The surrounding fields of ripening wheat seemed unending, without a single roofline or driveway in sight.”

By adding these touches, the sense of place enhances the story.

A good sense of place also engages most of the five senses. Include colors, smells and textures in descriptions.
“The hot July sun bore down as Robert backed from the vehicle. Why now? he wondered. He wiped sweat from his forehead and squinted at his useless car. He could smell hot metal from the engine. A puddle of radiator fluid stained the gray asphalt a sickly green...”

Robert walks along the road, thinking about what got him here, then
“His sigh was barely audible in the dry wind, and the surrounding fields of ripening wheat seemed unending, without a single roofline or driveway in sight.”