Self Esteem and the Mind 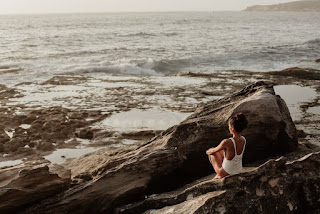 If children are told often enough that they will never amount to anything, they believe the worst about themselves, that they are incapable.

They see themselves as never being able to achieve anything worthwhile.

Even through indirect negative suggestions by others, children can be made to believe that they are of little worth and can never play an important role in life. Consequently, they lose confidence in themselves and are afraid to be adventurous. As they grow into adulthood, they fail to develop a sense of integrity, assurance and independency.

They feel comfortable in the company of people whom they feel they can control because it gives them a sense of importance and authority. When they are in the company of persons who they believe have a higher integrity than they, they become shy and uncomfortable because they believe that they cannot cope and that they are being watched and assessed.

By building your self esteem, you acquire a feeling of self-assurance and you are prepared to take challenges.  A person who has really high (not inflated) self esteem, by his attitude would gain respect because he would always have respect for others, be unselfish, compassionate, and honest.

This is dangerous ground and could lead to your wanting to subdue others, expecting everyone else to honor you while you show lack of respect for them, being callous, feeling above reproof, not being quite true to your words, and feeling good about all these things believing that you are always quite right and eventually becoming too bossy. It would not be surprising that you soon would become a bore and a nuisance to others who would much prefer your room to your company!

It is equally dangerous for your self esteem to be really low as it is to be overly high. Having too low self esteem you will have little or no self respect doing things that are base and unbecoming, and have no qualms about that. You tend to become unkind and even fail to be quite upright in your dealings.

As is the case of self esteem being overly high, having really low self esteem you lose respect for others, but in this case although you want others to respect you, something inside tells you that you do not deserve their respect anyway.