It's Time For Independent Authors To Join Forces 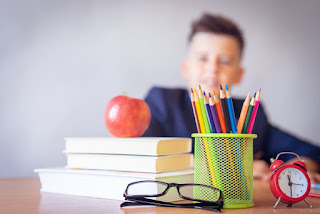 The key to improving our exposure to readers and increase book sales is to combine the efforts of Independent authors on a global scale at one online marketing platform. This will attract consumers interested in books not found in the traditional major bookstore or mass merchant. The website can market to readers and offer a selection of Independently published titles not found in combination anywhere. The future for book sales is the Internet, the only growth area in publishing is the Independent author, and the market is international.

The biggest problem for Independent book sales is a highly decentralized marketplace. This marketplace includes dozens of websites that sell books and services to other authors, as well as hundreds of thousands of author websites and is exactly the kind of environment that depresses our effort to market and sell books to a mass audience.

The six biggest New York publishers will always control the Barnes & Noble’s and Wal-Mart’s of the traditional bookselling world. They will spend whatever it takes and will never allow an Independent presence into their retail accounts. Let them continue spending their money in a market that has been consistently shrinking since the early 1990’s.

When Independent authors organize and guide readers to a central Internet location where books not found in bookstores are available, we’d start to see changes in the way books are purchased, on a massive scale. We will have created a market that the big publishers can’t touch. This would be an Independent marketplace, not controlled by a single online bookseller who takes up to 60% of our cover price.

There is a website that provides Independent writers and authors an opportunity to market their writing to readers who otherwise would not be exposed to our work and: (1) Offers a single global platform for Independent book sales, and (2) Gives the writer real independence from other online web sites in the traditional marketplace, thus giving the author tremendous exposure to readers and a far higher return on each book sold.

The website exists; in order to attract readers and increase sales we need to add more Independently published authors and their books. It takes lots of titles to draw book consumers to a single online location. That’s why it makes more sense to join forces globally rather than continue to divide an already highly fragmented market.