Get An Attitude About Your Writing 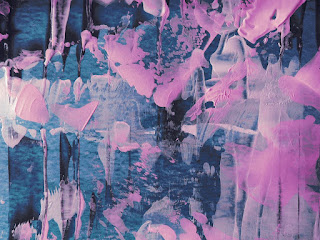 Writer John Clausen, in his excellent book about freelance writing: Too Lazy To Work, Too Nervous To Steal, recommends that you get an attitude about your work. And he's right.

Many writers are submissive. This attitude brings out the worst in others. It leads to people in a position to pay you for your work taking massive advantage of you, because they figure that you're not going to do anything about it.

Getting an attitude doesn't mean that you are rude or aggressive. You should be completely polite and professional at all times. However, you do need to be assertive. And to believe in yourself.

As Clausen rightly points out, whenever someone hires you to write something, or buys from you, they want to believe that they're hiring and buying the best they can afford. Who will believe that you're good if you don't?

If you're overly grateful for each job you get, too thrilled with the idea that the potential buyer is being so nice to consider your work, you'll get ripped off with every job that you do.

It took me a long time to learn this.
This doesn't mean that you should get a massively inflated ego. You should have enough perspective to see where your work needs improvement. If you're prepared to learn, and to practise, your work will improve each year.

Let's get down to basics. If I don't mean be aggressive about your work, what do I mean by "get an attitude"?

What I mean is this: know what the kind of writing you're doing is worth, and what you're worth. And then don't write for less. This means that you're willing to do some research and thinking before you accept a writing job.

For example, let's say that a glossy magazine wants you to write a thousand words on the different kinds of plastic surgery which are popular at the moment.

The magazine has lots of advertising. By calling the advertising department, and having their advertising rates faxed to you, you see that they're charging $10,000 for a full page ad.

You've read that their usual contributor rates are around fifty cents a word.
You're offered 40 cents a word. You haggle, and you and the editor establish that this is 40 cents for the complete 1000 words, even if the magazine cuts the piece right down. Why did you agree?

Firstly, you want to break into this magazine. Secondly, you've done a lot of the research, and the article will be easy to write. Thirdly, you need the money, and you've heard that this magazine pays within fourteen days of receiving the invoice.

On the other hand, let's say that you've written for this magazine before. You've written three features which were well received. You've been getting a dollar a word. For this plastic surgery story, the editor tells you they've had budget cuts, and she can only afford to give you 50 cents a word.

You thank her for her time, and tell her that although you can't afford to do the story for that rate, you look forward to working with her again.

So getting an attitude means being armed with knowledge. You know how long and how much effort it will take you to do the work, and what the client can pay. You know what kind of deal you're happy with, and what you'll walk away from.

Let's say you're a sub-contractor occasionally working with a graphics design business. They send you an eight page brochure, and ask for a quote to copyedit it.

You read the copy-heavy brochure, and it's a mess. You estimate it will take you eight hours to do the work.

They get back to you --- eight hours seems too long. Are you sure it will take you eight hours?

You get the job.

Get an attitude about your work. Know your markets, and stand up for yourself. Not only will you be happier, but you'll also make more money from your writing.