Writing Made Them Rich #4: Paulo Coelho 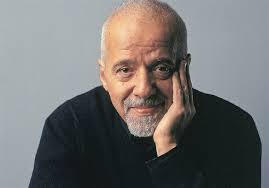 Paulo Coelho was born on August 24th 1947 in Rio de Janeiro, Brazil.
At age 17 he announced his intention to be a writer. It was a decision bitterly opposed by his parents, partly because Brazil at that time was under a military junta that persecuted writers and intellectuals.

Coelho's rebellious behaviour led his parents to have him confined to a mental hospital in Rio de Janeiro where he received shock treatment. He escaped - and was returned - three times.

With the arrival of the 1960's Coelho threw himself energetically into the counterculture of drugs and rock-and-roll.

In his 20's he fulfilled his ambition to be a writer and worked as a playwright, a theatre director, a journalist, and a song-writer for Brazilian pop music stars such as Elis Regina and Raul Seixas.

That year he was arrested three times, the first time as an innocent bystander at a bank robbery, the second time for speaking out against the establishment at a pop concert. After being released by the police he was arrested a third time by paramilitaries who tortured him for a week.

In the late 1970's his life was back on track again and he became artistic director for CBS in Brazil.

But in 1979 he was suddenly sacked without explanation and he spent the next 2 years knocking on doors trying to get back into the music industry.

In 1981 he decided to try his luck in Europe and there met a member of an obscure Catholic Sect that studies the language of symbols: RAM or Regnus Agnus Mundi. He progressed within the sect and eventually became a Magus.

In 1986, on instructions from his mentor within RAM, Coelho undertook the pilgrimage to Santiago di Compostella in Spain.

The following year he published The Pilgrimage, an account of his experiences on the 'Road of Santiago'.

In 1988 he wrote the book that would make him an international celebrity, The Alchemist, a story about following one's destiny and being open to the universe of signs and symbols.

The Alchemist became an instant best-seller and has since sold hundreds of millions of copies worldwide.

Coelho's eight novels have sold over 37 million copies in 56 languages and have been published in 140 countries.

In 1998 the French magazine 'Lire' listed Coelho as the second best-selling author worldwide.

Paulo Coelho has won over 15
international awards for his writing including the prized French award, the Insignia of Arts and Letters (1996).

Critics have praised his writing for its "symbolic language that does not speak to our brains, but to our hearts".

In 1998 Paulo Coelho was received by the Pope in the Vatican.

He has been appointed to the United Nations as Special Advisor for Spiritual Convergences and International Dialogues.

Coelho's view on happiness: "The most mediocre thing in the world. I'd rather go by the idea of joy."