Writing Made Them Rich #3: Richard Bach 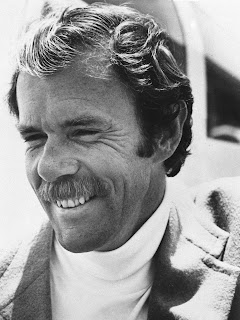 One day in the mid-1970's a young man stumbled into a diner somewhere in the United Sates.

Slung over his shoulder was a kit-bag that contained everything he owned.

He was unshaven and needed a shower badly. He had very little money, but enough for a phone call.

He rang his bank and asked how much was in his account. A woman's voice informed him - to his amazement - that the balance in his account was four million, three hundred thousand dollars.

His name was Richard Bach. Six months before, he had submitted a short story, barely 10,000 words long, to a New York publisher.

For the last three months he had been living the life of a nomadic 'barnstormer', taking people on joy rides for $5 a flight and sleeping in fields under the wing of his bi-plane.

Hardly able to believe what he had just heard, he rang the New York publisher to whom he had sent the manuscript.
"Where on earth are you?" asked a woman's voice. "We've been looking for you for three months! Radio and TV want interviews with you, a publisher in Spain wants to buy the Spanish rights to your book..."

He had been completely unaware that his short manuscript,  titled 'Jonathon Livingstone Seagull', had become a runaway best-seller.

Unfortunately, this success story had a sad sequel. Like many people who suddenly become wealthy, Richard Bach knew very little about managing money. He entrusted his new-found fortune to a financial advisor who led him astray, to the tune of millions of dollars.

Within a few years he was broke, and With the IRS hounding him for unpaid taxes he was forced to declare himself bankrupt. He signed away all future earnings from 'Jonathon Livingstone Seagull' to the government, as well as the rights to any future   books he might write, and began the arduous task of rebuilding his life.

But there was a happy ending: he sacked his financial advisor and wrote a string of new books that were also best-sellers: within a few years he was solvent again and able to buy back the rights to all his books.