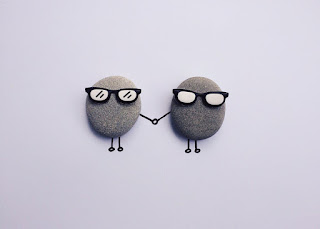 Remember back in the dark days of your school years when you had to learn the parts of speech?  A noun is the name of a person, place, or thing. When asked what a verb was, you smugly answered, A verb is a word that indicates action, or some such definition. Fine. You got that straight.

Primitive, to say the least. With the help of verbs, we can say, "John came home and went directly to bed." Still, if verbs are indispensable in our speech and in our writing, why do we neglect them so?

Yes, we neglect them terribly. There are countless verbs just sitting in our dictionaries that are rarely taken out and used, seldom get to feel themselves flowing out of our mouths or proudly sitting on the paper on which we write. You have to feel sorry for them.

Why are they neglected? You can blame it on the nouns and adjectives. They're the real culprits. We can't express a worthwhile thought without a noun.

Without a noun (or pronoun), how do we indicate the very subject we are talking/writing about? In the example above, without nouns, you'd have, "outside the," "inside the," and "in ." It wouldn't make any sense.

Adjectives we can sometimes live without, but for the most part we have been brainwashed since those same school days to use adjectives. As writers, we use them extensively, carefully choosing, then eliminating, then choosing again, until we feel we have the perfect adjectives to describe our protagonist, our settings, our emotions. I suspect much of your time as a writer is devoted to being so very particular in the adjectives you use.

That's great. That's important.
To get back to the poor, neglected verbs. Oh, we use them all right. We use the few hundred (if that many) in our vocabulary. We use what we need, we use the ones we're comfortable with, we use the same old, tired, hackneyed verbs day in and day out. What are those verbs? They're the dead verbs.

The ones which may tell others that something happened, but never tell anything more than that, never give the reader an image of a special kind of action.

Let's go back to the example above. I used two verbs, "came" and "went." All those two verbs tell you is that John was no longer outside his house, and is now in his bed. What if I had said, "John flew though the front door and dashed upstairs to his bed."? You get a picture: for whatever reason, John was in a hurry. How about this:  "John staggered through the front door and crawled up the stairs to his bed." Do you get the impression John is intoxicated or sick or injured?

It's cruel for your heroes and villains  to be limited to listless verbs. These characters are the very essence of your action. They should barge into, seldom just come into; they may sometimes snarl, snap, snicker, smirk, or shout, instead of just say; they're also able to punch, plunder, pillage, plow under, or pelt, but seldom merely touch. Even your minor characters should be as colorful in their actions. Just because they are not the stars of your masterpiece doesn't mean they don't play important and exciting parts.

Charles Dickens knew that probably better than any other writer. His most minor characters are sometimes as unforgettable as his major players.

Now, try this. Go to something you've written recently. Scan through and pick out a number of dead verbs. You know the kind, the ones which just sit there and don't tell you much of anything about the action. Try replacing them with verbs which tell the reader precisely what just happened. Reread, and you'll see how your writing comes out of its coma, and begins to take on a new, interesting life.

Finally, keep in mind that in writing as in all of life, moderation and common sense should prevail. Don't have your work look like a thesaurus, using every verb ever conceived. This is especially true in sentences where you use other descriptive words. Don't let your heroine always float into a room, squeal with delight, or wither others with her sarcasm. The villains should not always bluster, rampage, or bulldoze.

Remember, there are plenty of times when it's preferable for your characters to merely say, just come or go, or quietly nod, but use enough real action verbs to add color to your writing, and use them when appropriate. Those poor, listless verbs do, after all, serve a purpose, and that purpose is to vitalize your other verbs.