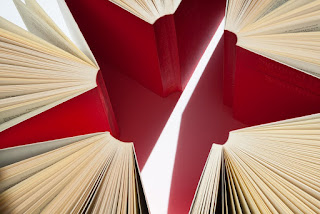 I often say that my greatest wealth is my library of writing books. One day, I realized that only three of them ever mentioned the most important secret of good writing. A careful search turned up repeated discussions on the following: plot, dialogue, characterization, description, viewpoint, pace and tone, and voice.

Other topics turned up more discussions: how to write mysteries, how to write romance, how to write drama, how to format manuscripts, create believable characters, how to get paid, how to write the memoir, how to write the breakout novel, crafting scenes, editing fiction, and on and on. In all of that, I found only one paragraph on the greatest secret in writing a novel. It was only a half page, and in another book, honorable mention.

After years of studying good writing, I wondered how that could be when without it, stories are just paper dolls being pushed through a benign plot that never quite delivers.

What happened that caused your character to want something so badly that his or her action could have been only what was played out? That secret is called—MOTIVATION.

I'll use the books I consider well written, fascinating, and standing the test of time: Gone With the Wind by Margaret Mitchell. Scarlett O'Hara, her main character wanted a man who didn't want to marry her, Ashley Wilkes. And she was going to get him at all cost. He was her motivation to do every unthinkable thing she did. She married Ashley's brother-in-law to be near him. She went from Atlanta to Savannah to stay with Aunt Pitty to stay with Ashley's wife, so she could keep tabs on him when he would come home on furlough from the Civil War. She fought for Tara, her family's plantation, for the sake of Ashley. She snatched her sister's beau and married him to save Tara from a tax sale, knowing that Ashley was coming back from the war and would need a gentleman’s plantation. He could still be the southern gentleman if she owned Tara. She was over the top in love with a man who was never going to marry her.

Along with what drives a person to do what he or she does, we have to understand the back story that caused them to be like they are: Scarlett was a spoiled brat, a daddy’s girl, rich, charming and lovely, the daughter of an Irish father who doted on her and gave her everything she wanted. She was also used to getting the men she wanted. She wanted Ashley, but he wanted his cousin, a simple girl, genteel and quiet. Scarlett, though, was the one who all the boys wanted to sit with at the barbecues. Why not Ashley? Having ASHLEY was her motivation. Always Ashley!

Ashley married his cousin, Melanie, but that didn't stop Scarlett. She was determined to marry him, and we followed her through 700 pages to find out if she gets him. That was the heart and spine of that story. The ravages of war were just backdrops, staging.

From Scarlett’s background, all she did was naturally motivated. And knowing her motivation caused the tension. What motivates your main character? Let’s look at a few examples of motivation to release it into your writing habit.

The Color Purple, by Alice Walker: Celie wanted to have her children and her sister near her. It was all she had. All that she suffered with her father raping and impregnating her twice, caused her to feel ugly and black just like her father said. Out of that background, she was motivated to accept her husband’s continued physical and emotional abuse. Even her stepchildren abused her.

When we look at that back-story, we know she could have no sense of self-worth. The man she married allowed his girlfriend to come and live in their house and Celie cooked and cared for her. Celie never gave up looking for her sister and children, though. They were what mattered to hr. Finally, her husband’s girlfriend, Shug Avery, gave her a sense of self-esteem and courage. Then she created a clothes designing career. Her motivation was to stay alive so she could see her sister and children.

In my novel, The Mayor's Wife Wore Sapphires, Indigo Tate wants Black people to have a better image all over the world. She schemes her husband into running for congress to get her out of Compton and into Washington, D.C. society, where he could influence the funding of their training program in Compton. When that falls through, she schemes to get the press to make Compton a Black Camelot. Since she can’t get out, her city just has to become something special. She suffers every ridicule and tragedy because of that desire. Ultimately, she becomes the mayor and that motivation to succeed still burns hot within her.

When we look at Indigo’s background, we learn that she lived in a fine house until she was ten when her father gambled away the family home. One day the white sheriff came and threw the family out, and she had to move into a small, dark house with a leaking tin roof. She began to dream of respect. She promised herself that she'd never give up on becoming somebody--somebody significant. Somebody who could never be thrown out of her home. Nothing could stop her from wanting Compton to be Camelot, wanting her home to be one of the finest in America. She brought the opera, the symphony and the arts to town—all motivated by her need to heal the pain of being thrown out of her lovely home as a child.

What is your character’s motivation? Most beginning writers have no idea what their characters want. They just write a lot of events and the story comes to a big climax out of thin air. The ending has nothing to do with the character’s desire. The story can never add up to more than the sum of its parts. It never quite becomes an organic whole, where all the chapters have been melded together like wet cement edges.

I guarantee you this: If you will sit down and write what your character wants more than anything in the world, based on why they want it, your story will lead to a natural conclusion. It will last in the reader’s mind for a long, long time. People will tie into the story’s naturalness and stay with you to the end because they accept it as real. Isn't that what all of us writers want?