Read With Skill and Comprehension 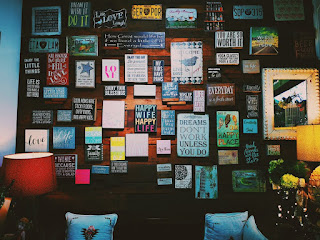 Learning to write depends largely on how well you’ve learned to read.  When readers read a story, they bring along their own experiences and understanding.   The author tries to guide the responses, but inevitably each reader will perceive it in their own individual way.  Ethnic background, education and life experience all contribute to the images they see and their response to the story.

As readers, we can and should make an effort to understand what an author seems to be getting at.   Writers can tell a great deal, but they cannot and should not tell us everything.  They write for an audience that they assume will know at least as much as they do about the topic; and they depend on their critiquing readers to know how to read with a certain, basic skill.

Learning to read  comprehensively and to make reasonable inferences will pull the reader beyond his own experience level and he will be better equipped to read with understanding even those works out of his familiar genre.   Read with common sense and make notes.

Ask yourself if that gap you noticed is important to the story;  if not, it isn’t a mistake.   It’s indeterminate and the reader is free to fill it with his own images.

If a story is written of two women, one younger than the other, will their ages matter?   Are their physical looks relevant to the story?   It completely depends on the context.   If the  information is needed, you should be able to draw it out by making a reasonable inference.   If it isn’t needed it will only add to a piece becoming wordy.

The younger calls the other “Aunt” and her parents are never mentioned.  We may wonder where her parents are, but it isn’t necessary to know.  We can draw our own inferences.  They are possibly dead or on a long trip.   It doesn’t matter to the story.

Stories include  indeterminacies  (passages that are open to interpretations) and gaps (things left unsaid, such as why an aunt rather than the mother is caring for the young woman).   If the aunt is referred to as ‘stately’ at one point, we should be able to comprehend she is from a well-off family.

As we read, we keep reevaluating what we have read, pulling the details together to make sense of them.  It’s a process called  consistency building. By the dialog and action we will be able to determine which woman is the older.

Readers will see their physical appearances through their personalities, dialogue and emotion, and their own (readers)  experiences.

They want to see themselves or someone they know.   They want to put themselves in the writers world.
Whatever the gaps, careful readers are able to draw many reasonable inferences about them through the surrounding text if it’s written well.

I wrote a simple ‘slice of life’ story that included a car and a young child playing with a ball.  These two things were not relevant to the theme of embarrassment and obedience.    They had nothing to do with the -Who?

What? When? Where? and Why?  rules - still, I  was asked by a reviewer to explain the type of ball being bounced and the color of the car.   The inference

I drew of the reader was of a young person trained to read word-by word, who is growing up in a different era than the story was set.   She’s never known the experience of being embarrassed.   Again, readers bring their own background into the stories they read and the way they respond.

Learning to read comprehensively and learning to draw reasonable inferences from the text are basic reading skills that will make reading more enjoyable for you and for the author you’re reviewing.   Instead of asking ‘What’s the point of this piece?” -  read it again carefully, and use your comprehension skills.