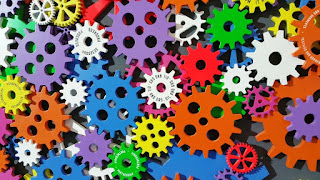 Since the actual publishing of a novel generally takes a year (not counting the time it takes to write the first draft), shout-outs to famous people, hot television shows, political scandals, or trends will more than likely ring false to young adult readers once the book is actually read. Realistically, pop music stars who today are the focus of intense devotion on myspace will probably be has-beens by the time your novel is published.

Are there exceptions to this? Are there people, things, or events that become so entrenched in the prevailing psyche that they will fly as pop culture references? "Barbie is always going to be a touchstone for everyone," Miller notes. "But I think that very few things become that universal and as permanent as Barbie."

Barbie, though, has consistently wormed her way into the unconscious dreams and desires of little girls (and probably little boys too) since she was created in 1959. That's more than 50 years of birthday parties, Christmas presents, and unfettered envy plastered into every little girl's subconscious. Barbie has earned the right to be used as a cultural reference anywhere, just by longevity. But what about other less hearty objects? Anybody remember Tickle Me Elmo? Only the parents who clubbed each other one Christmas to hijack the local toy store to make their childrens' dreams come true. The kids probably stuffed the thing in a closet somewhere, and don't even remember they wanted it.

Media is a tough call also. Music, movies, television shows, these all are a huge part of the American experience. But what makes a piece of media reference-worthy? Classic films from the '40s and '50s might be a cultural touchstone for people of a certain age, but for young adults, the idea is mass consumption, not lasting memories. And people of the older generations had far fewer options for entertainment and media. Pretty much everyone saw Casablanca and knows what it is. Pretty much everyone watched Leave it to Beaver because there were only three channels on the old black-and-white Zenith, and two of them didn't work if the weather was bad. These people shared many common references.

Today, though, an internet search of 'popular culture' will net you more than 2 million entries. It's not possible that every young adult who reads will have the exact same cultural references today, let alone remember them in five years, or ten. So, generally, the rule of thumb should be to avoid hot pop culture references in your writing.

At least two exceptions to this rule exist, though. First, if you're writing for a specific genre audience that will share the same background and cultural history, some pop references will ring true. The sci fi geeks who frequent Comic Con all know the Star Wars mythology, and more than likely share at least a passing knowledge of things like the Dungeons and Dragons role playing game and the old Star Trek series. Sub cultures have their own history and language, so using their own internal pop culture references might work if you're familiar with that world, but again, you must be absolutely sure that you do know what you're talking about. Sports, surfing, the goth culture, punk music, the gay teen scene, all these are sub groups under the young adult umbrella, and all have their specific common references.

The second exception, according to Miller, is the case where a teenager writes the account of his or her own experience. In that case, pop culture references that might go stale are acceptable because the pieces are more like documentaries or memoirs, and so the point of view is that of a real person who is recounting the details of his or her life. One example is a French bestseller, Kiffe Kiffe Tomorrow written by Faiza Guene, a college-aged student who writes of her experience as the child of Algerian immigrants raised in Paris. Although labeled as fiction, the novel draws heavily on Guene's own experiences, and because of this and because of her age, cultural references in it automatically retain their credibility.

Another issue in writing for the young adult audience is the use of slang, which Miller notes is still "awfully regional." The term for something that's cool in San Francisco, ("hella") is different from the term for cool in New England ("wicked"). Although internet and text messaging slang might seem universal since most teenagers use it, the terms change and mutate so quickly that including them could be risky. One current favorite, "pwned" (it means "to be owned or dominated by an opponent in a situation"), actually is a corruption of the word "owned" and comes from a popular online game called World of Warcraft. In five years will anyone remember that? Hard to say, but it's probably safer to leave it out.

All in all, the best bet for YA writers is to capture a reader's attention with universal themes and characters rather than hot pop culture or slang. "If you're an older writer writing for this audience," Miller suggests, "the most important thing to capture the loyalty and love of young readers is to focus on themes of relationship, gossip, jealousy, betrayal, the things that keep readers attached and gripped. They respond better to plot and story lines and themes that are getting even more intense in this competitive world today. Kids want to see the kind of pressure they are really under now reflected in the stories they read."