Poetry: An Exercise In Emotion And Vulnerability 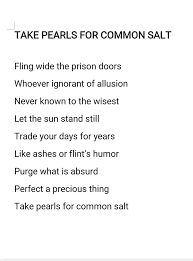 “[Henry David] Thoreau is a keen and delicate observer of nature - a genuine observer - which, I suspect, is almost as rare a character as even an original poet; and Nature, in return for his love, seems to adopt him as her especial child, and shows him secrets which few others are allowed to witness.” – Nathaniel Hawthorne (Journal entry, September 1, 1842)

Most of the greatest poets were not recognized for their work until they had long been laid to rest. Many suffered great difficulties in their personal lives, which may have led the poet to the wellspring from which they drew their words.

It has been suggested that poetry was used in our long distant past as a creative means of passing along traditions and history simply because the poetic language was easy to memorize and enjoyable to recite. The bards in medieval times were renowned for their use of poetry.

From free verse to rhyme and meter, poetry remains a benchmark in the world of literature. The pursuit of poetic markets remains a positive way to further an ancient form of storytelling that requires a special gift while the poet’s emotions are largely exposed.

Poetry is the one element of writing that impacts the emotions of writers more than any other. The vulnerable feel of poetry allows a writer to explore circumstances and emotions in a way that is difficult to do in most writing genres.

Most poets craft their words as a stress release and rarely share them with the world at large, however, there may be markets available for poetry.

It is true that publishers of poetry are about as plentiful as wheat fields in the Arctic, but there are other avenues for your poetry that can allow you to publish your material in unique and memorable ways.

Greeting card publishers are always interested in new succinct poems to share with card buyers. Poems can also be artfully placed on a line of gift merchandise including mugs and artwork suitable for framing.

In our modern era you would be hard-pressed to find someone who is able to make a living writing poetry. However poetry can provide a source of writing income and is often a creative outlet for those who also write in other genres.

It is true there are those who have little appreciation for poetry, yet the poet’s work has brought about significant societal debate and ultimate change in our world. Perhaps this is because the reader is invited to share the writer’s perspective in an emotional way that allows a perspective to be heard with something other than ears.