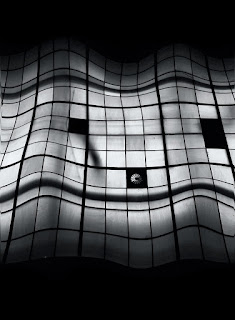 Science fiction is a narrative (usually in prose) or a short story, 'novella' or novel length. As to what it is about, is not easily classifiable. Such stories are about an amazing variety of things, topics and ideas. But in general these ideas are related to the field of science.

The premodern science fiction were about journey to new lands, and some are also related to industrial revolution --- to the new developed machines --- which were to be more specific were not related to the electronics and quantum physics phase. This branch of science can be also called 'empirical science fiction', as imagination were based on the empirical science that was just able to develop some mechanical machines and complex bio-chemical drugs.

Up to this phase , science was thought to be some kind of saviour of mankind --- more like a passage to a better future.

But in 1945, with the explosion of Atomic Bomb in Hiroshima of Japan, this view was shattered. The creator of the bomb commented that the "world would never be the same". This gave way to the 'Dysotopian view' of modern man's life that was shaped by science, otherwise which in some case may result in destruction of human race and civilization. From this the Post Modern phase of science fiction began.

In 1949, George Orwell published Nineteen Hundred Eighty Four . Then it was followed by Issac Assimov's Foundation (1951), Foundation and empire (1952), The Second foundation (1953) and Ray Bradbury's Farenhit 451
But the dystopian vision was more painted dark with the use of hi-tech technological information of science by the "New Wave Science Fiction".
In this New Wave Science Fiction, the naturalism was used to present the scientific growth in the fiction as a very probable process to real development of science.

During the 1980s, due to revolution in Computer Science and Internet, the "cyber world" revolution paved the way for "Cyber-punk" --- a new genre of science fiction, that dealt with Hypertyext, multiple identity and identity murder in the virtual world.

The first of this kind was written in 1982 by William Gibson under the title Necromancer.

Thus the science fiction has turned into a major genre.