How to Analyze and Rewrite Your Writing 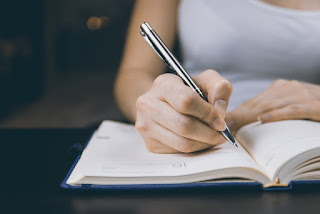 “Words strain,
Crack and sometimes break, under the burden,
Under the tension, slip, slide, perish,
Decay with imprecision, will not stay in place,
Will not stay still.”
-- T.S. Eliot, Four Quartets

WRITING IS REWRITING
As a writer, you may use other script consultants to critique your material, but inevitably you’ll need to master the ability to analyze your own work. This can be a difficult task, somewhat akin to trying to look at your own face (without a mirror). If you are going to write at a level that sells, however, you will need to rewrite.

But do not despair, you’re in good company. Many screenwriters struggle over evaluating their own work. I still have bloodstains on my office walls where I pounded my head as I rewrote one script sixteen times before putting it in the market. I once spent so long looking at a single word that it lost its meaning and was reduced to its original, primordial symbolism. Talk about a head-trip! And it’s not just screenwriters that suffer with this. The French poet, Paul Verlaine, once said that a poet never finishes a poem, he abandons it. Marcel Proust continued to correct proofs for Remembrance of Things Past on his deathbed. Henry James rewrote some of his novels long after they were published. And Oscar Wilde once proclaimed that he spent all morning adding a comma and all afternoon deleting it. Boy, do I know that one!

So how do you analyze your own work without becoming an alcoholic or a guest at the Mad Hatter’s tea party? First, you have to accept the fact that you will never have a completely objective perspective. Second, you have to learn when to just grit your teeth and conclude that the work is finished -- even if you have the uneasy feeling that more can be done. Honestly, I still feel that way about almost everything I’ve written. It goes with the territory.
There are certain things you can do, however, to gain some perspective:

Writing is a love-hate relationship. We start out hating everything we’re writing, and end up blinded by love for every word we’ve put on paper (or the other way around). In order to gain objectivity, we must get distance. Putting your work away for a while – sometimes weeks or months – can allow you to come back not so enamored by it. (Falling in love with a new piece of material can also help.) It gives you a chance to read it almost as if it’s someone else’s. This is the first, and perhaps most important, step for evaluating your own work. If you find yourself getting hung up again, wanting to save all your babies, stick it back in the drawer and move on to something else – or send it to a trusted friend or script consultant.

BACK TO THE DRAWING BOARD -- OUTLINING AGAIN

Deconstructing your script back to an outline form can make the process more analytical again and give you some much-needed objectivity. It allows you to see the basic building blocks and recognize if this house will really stand.  Then you can make the necessary changes in outline form before you go back to script.

Getting a group of actors together to read your script aloud can be an anxiety-producing experience -- but almost always an illuminating one. Hearing the actors speak, and often stumble over, your dialogue, definitely gives you a fresh perspective on it. You begin to see that some of your words don’t fall trippingly over the tongue, but cause the tongue to trip and fall over the words.

After the reading is done, you can elicit feedback from the actors – or the audience, if you have one. But I must issue a word of warning here. Having a group of actors give feedback on your script could be one of the most painful experiences of your creative life. The first time I did it, the group ganged up on me to proclaim just how bad the script was. It was downright ugly. AND THESE WERE MY FRIENDS! Even my mom was part of the lynch mob! It dealt a crushing blow to my fragile writer’s ego. I promptly threw the script away, indulged in the nearest libation, and curled up in a warm and cozy depression.  A couple weeks later, however, I emerged from the near-suicidal encounter with a ton of insights and a much better script.

Your unconscious already knows what’s wrong with your script, it just can’t get through the filtering of your conscious monitoring mind. So sometimes, just riding over your script roughshod, writing every note that comes to you without considering the absurdity of it, can result in some pretty insightful and inspired comments. It might also result in some pretty brutal ones as well. But that’s okay. After the group therapy session you had with your script reading, you’re tough enough to take it.

THE HIERARCHY OF NOTES

One of the toughest parts about rewriting, once you’ve evaluated your script, is knowing where to start. You’re sitting there, staring at a big smelly pile of notes -- scribblings and late-night ramblings on every page, legal pads covered in blood and coffee stains. There’s just no way to begin easily and painlessly with that mess.  So don’t. Yet. Organize your notes from ‘easiest’ to ‘most difficult.’ In other words, at the top of the list will be the typos and grammatical errors, then descriptive polishes, dialogue polishes, moving on down to the more difficult character, plot, and theme notes.
I know that a major time-management proposition is to begin with the most important goal or task and stick with it until it’s finished. But this ain’t time management, folks. This is art. It’s not rational. So I believe it’s better to start with the easiest damn thing and get it done fast. Then move to the next easiest thing and whip it out quickly. Now, with a little more momentum, you might actually be willing to tackle the more difficult notes with a higher level of confidence and a lower level of antidepressants.

A FINAL NOTE ON GIVING YOURSELF NOTES

Some of you will be way too eager to get your script out to every producer in town – even after the first draft. Your task is to develop patience. You’ve spent this long on the script, what’s another few weeks or months to make sure you’ve got it right.

Put the script away. Rewrite it. Whatever you do, don’t send it out there knowing it could be improved, thinking “they’ll just fix it in post.” NO THEY WON’T. The only ‘post’ that script will see is ‘compost,’ because that’s the pile it’ll end up on. So unless you want your work to become fertilizer for someone else’s lawn -- chill out, dude.

Then there are those of you who will resist sending your script out into the seemingly cold, harsh world of Hollywood no matter how long you’ve been working on it. This is not only inefficient, it’s creatively debilitating. Think of your script like a plane that has landed and is still on the runway. If you don’t move it along, all those other planes (stories) can’t land. If you’ve done everything you can, had others give notes on it, rewritten it until the words have lost their meaning -- it’s time to abandon your baby. Wrap the little babushka up in a blanket and set it on the doorstep of every production company you can.

With a little luck, someone will decide to make that child their own.