How A City Can Be A Character In Your Novel 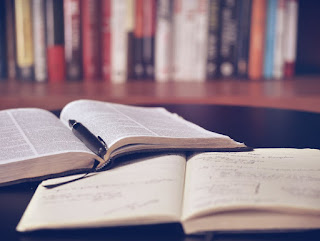 Can a city be a character in a book? Many years ago, in a writing class, I was told that I should try to make the setting, which was Toronto, my city of birth, a character in my book. I have puzzled over this piece of advice for many years and only now think I may have an answer as to its meaning.

Here’s another question. Can the city you’ve lived in all your life be a character or does intimacy somehow disqualify it? I have often longed to see Toronto with the eyes of a visitor but unfortunately, that is surprisingly hard to do.

I was reading Alain De Botton’s delightful book, The Art of Travel. He maintains that when we travel, we adopt, if we are lucky, a traveler’s receptive mind-set. Somehow, we North Americans walking around Paris or Buenos Aires are much more open to what we see than if we were at home. We ask questions. We see these places with ‘fresh’ eyes and a sense of wonder. However, at home, says De Botton, we have become so habituated to our surroundings that we scarcely notice them.

So, how can a writer hope to make his own hometown an effective setting, [given his habituation] much less an interesting character? After all, if we are blind to our everyday surroundings, can we ever hope to see them with fresh eyes?

Perhaps the answer lies in the distinction between intimacy and familiarity. Intimacy with a lover suggests deep, unconscious involvement. Familiarity perhaps connotes staying on the surface with a case of borderline boredom. And so, intimacy with one’s home may suggest deep knowledge, not boredom.

I found a clue in reading Jan Morris, one of the world’s finest and most experienced travel writers. She gave Torontonians a ‘snapshot’ of their city in the early 1980’s. Here are some of the descriptive words she used. The people appeared calm, dispassionate, polite, determined, joyless, resigned and reticent. Wow! Who would want to visit us? Furthermore, the city is conducive to self-doubt and introspection. This does not sound like a great party place!

But she’s right, at least in part. Torontonians, on the surface, are notoriously reserved and polite to the extent of appearing cold, unfriendly and formal. But, as one who has lived a lifetime here, I’d argue that that is only part of the story.

If you’ve ever visited Toronto, you will know a bit about its geography. It sits on a huge body of water [Lake Ontario] and is riddled with ravines. These are gorgeous, deep cut chasms left in their state of nature. If you are walking along St Clair Avenue, in the middle of traffic, shops, offices and cafes, you could turn down a path at a bridge and find yourself in an entirely different world. Trees, bushes, shrubs, all manner of plant life await you along with the occasional skunk or fox. And it is amazingly quiet. The rumblings of traffic grow distant and at last you hear the songbirds. It’s a bit like achieving a different state of consciousness.

I love this image. Within a very short distance of the sleek, glistening towers of banks and businesses, the snarl of traffic, all creating an extraordinarily highly, polished surface, nature runs riot.

Doesn’t that make you think of what people are like? Each day, we dress up, putting on our public mask. And we submerge, for a time, all the mutinous rumblings of our inner selves. How like Toronto is to its people!

Conduct in Question [the first in the Osgoode Trilogy] was eventually published. Harry Jenkins is the protagonist lawyer practicing in Toronto. On reflection, I have to admit that Harry is a lot like the city I’ve just been describing. At the beginning of Conduct in Question he is trapped in a creaky, old law firm under his senior partner’s thumb and in a dead marriage of twenty years. But mutinous rumblings lie within Harry. I’m in my late forties. Am I running out of time? Can I make more money?  How much money is enough?

And, what do you know? Harry is reserved, reticent, introspective and subject to self-doubt. On the polished surface of life, things aren’t so bad, but something is missing. It takes murder and fraud [catapulted down into the wilds of the ravines] to burst open his life and get him really living again.  In the second novel of the trilogy, Final Paradox, I got very interested in the role masks play in the lives of people. Harry is once again caught up in murder and fraud and this time the question is can love and forgiveness be found amid fraud and deceit? And so, [metaphorically speaking] Harry is thrust down into the ravines of his psyche to come up with the answers.

So, yes, I think I understand how a city [the setting] can become a character and also influence the other characters and themes in a novel. I’ve been greatly affected by the central image of Toronto with its polished, sophisticated surface contrasted with what lurks under the bridges. That image is what lies under the Osgoode Trilogy.