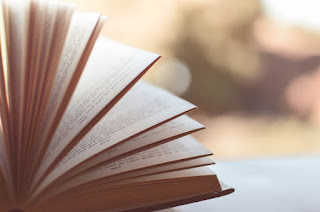 A Book is anything that is in written, printed, or blank pages format fastened along one side and encased between protective covers.

In other words, a book is a collection of leaves of paper or other material, bound together along one edge within covers. A book is also a literary work or a main division of such a work. A book produced in electronic format is known as an e-book.

In the words of Cicero, "A room without books is like a body without a soul". Books and mankind have been tied together for centuries. Books are not made for furniture, but there is nothing else that so beautifully furnishes a house.

Books are on the second rung of evolution of communication - first being oral communication. Early era books weren't in printed form, but were 'inscribed'. Use of Papyrus was the next technological advancement in this area. Egyptian and Greek ancient histories find frequent mention of usage of Papyrus for books. These books, particularly Greek ones, were very large sized books, measuring 30 feet length and one foot width. Over a period of time book writing shifted to parchments during the middle age.

China is credited with printing of books with the help of blocks (even today this technique is deployed). Europeans, in particular Italians and French developed this book printing into a huge book printing industry. Some archeologists and historians attribute this to their love for art. Britain came to the fore with industrialization. Manual process of printing the books were replaced with printing machines. Today book printing technology is extremely different from the techniques deployed during 20th century. Computers have made it very easy, flexible and interesting to printing of books.

Modern day book printing technology heavily depends on computers whether it is the design, concept, cover or for that matter the final stage of printing. It has possible because of computerized technology that book printing span has reduced, quality has improved and huge quantities are a matter of few hours. Latest to be added to books is the concept of e-books. E-books are the electronic form of books. These books, while being made available on traditional paper, are also available in soft format.

Some of the interesting facts about books are been laid here. The world's biggest book (3,604 pages weighing 12 kilo) has been written about Croatian president Franjo Tudjman by Croatian author Hrvoje Sosic. Guinness World Records has confirmed that Mark Palkovic is the owner of the smallest book (0.9 millimeters by 0.9 millimeters, 30 pages) titled Chekhov's Chameleon. According to one claim, the oldest book can be viewed at Bulgaria's National History Museum in Sofia. This book is claimed to be belonging to year 600BC.

No write up on books is complete without the mention of Amazon and Barnes & Noble. While Amazon carries over four million titles over its counter, Barnes & Noble boasts of a wide chain of retailers using its trade name. Amazon, in particular has been very successful and had a rapid growth in its business since its inception.