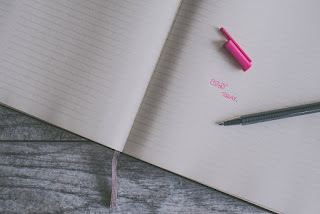 Hundreds of writing contests tempt screenwriters with the lure of prize money, instant film industry contacts and personal feedback from film professionals. But contests can be costly, screenwriters should choose intelligently.

Before you write that check, research and evaluate the contests that interest you. Narrow down your choices to the best contests for you personally and the best ones for your scripts. These guidelines might help:

Nearly all contests have an online page with guidelines and other vital details. I know it's tempting to salivate over the prize list and ignore the other features available on the site. Don't let the promised goodies distract you --&gt; $10,000 and a trip to Hollywood to meet the film industry movers and shakers you dream of impressing. You're on a mission. You need to find out if the contest has preferences regarding the subject matter of the script, the ethnicity/gender of the author or the area where the writer resides.
Shortcut: At the very least read the FAQ page and note the submission deadline.

If you belong to any online screenwriting discussion lists (and you should!), post a query about the contests you're considering. Learn from the experiences of others. Movie Bytes offers a very useful feature to help you: Contest Report Card. Writers evaluate contests they've entered and post their comments. Take advantage of this wonderful resource:

Unproduced writers need professional feedback. Some contests offer feedback on your script as part of the package. Even if you don't win, you've received some extra value for your money. If the source of the 'professional feedback' is not listed on the site, send an email requesting this information. It's important -- pin them down!

Some contests offer a staged reading of the winning script (or the scripts of all the finalists) as part of the prize. Script readings can be a great tool to help you polish your script as well as good industry exposure. Insider tip: Film festival script competitions in particular seem to offer script-reading opportunities to their finalists.

The people or companies sponsoring the contest should identify themselves and they should have film industry credentials. Some contests feature a well-known director, actor or producer as a nominal sponsor, implying that this person will read the final scripts or at least the winning one. If that is so, it should be stated in their guidelines or on their website - don't just assume it's true.

Some contests post their judges' names and credentials. I find this reassuring; however many legitimate contests don't make this information available for various reasons, not necessarily because they're hiding something shady. A general guideline: The less information the contest makes available, the more aggressively you should query the contest contacts before your write them a check.

You want to win a contest that makes an effort to publicize their winners. When you come across the press releases of contests that tout their finalists or winners, resist pitching a rant at your agent; instead swallow your envy and jot down the contest details so you can enter the next time around.

The most helpful form of publicity for contest winners are paid ads in the film industry trade papers. This species is rare; but when you come across it, make a note to at least research the contests that promote their winners in Variety, Hollywood Reporter and the major film magazines.

Many contests promise the winners and/or finalists will be exposed to important film industry contacts. Vague promises or inuendoes don't count. The legitimate contests get specific about what they mean by exposure. Exposure could mean a phone conversation with an agent, a script submission to a studio slushpile, a professional pitching session or an all-expense-paid trip to Hollywood or New York City. Find out.

Some contests promise that the winning script or scripts will be produced. Yipee! But do they back up this promise with results? Find out - call their bluff. Tip for cynics: Request a contact email for a previous winner or finalist.

IN SHORT: BE CHOOSY!

I hope these guidelines help you find a contest that works for you and your script. Be choosy - it's your money, your script, and your career.