Create Your Own Market For Independent Books 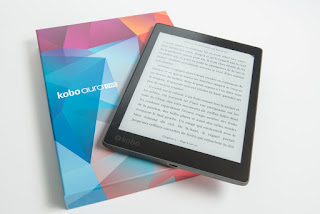 As of right now, the print-on-demand companies estimate that over 90% of their authors sell less than 30 books per year. The question is: how do you expand the position and exposure in the bookselling market and offer Independent authors an opportunity to sell more books?

The traditional brick and mortar marketplace has an established base of approximately 10,000 retail locations large enough to warrant the attention of major New York publishers. Unit sales of individual titles are in decline and some experts suggest readers are tired of the same old thing – the market lacks new authors and new titles.

Total book sales in all markets (excluding schools and textbooks) is estimated at around $20 billion dollars. One percent equals $200 million dollars. All that is required for Independent titles to capture this one percent in sales is to form an online market, a central location, totally independent from any established publishing entity. That new creation would allow the Independently published book to be shopped by readers from around the world. The potential increase in sales is dramatic. The key is the development of this community, a destination for readers interested in purchasing the finest Independently written and published books from around the world: A place where the potential for Independent writers would open up to the world.

The concept is to open the market for Independently written books and offer readers the opportunity to shop for new titles, never before seen by the public at large. One community, bringing voices never heard and stories never told to the world.

The biggest problem with selling more Independent books is that an individual cannot imitate what the bigger publishers do in a market they control. The best opportunity to sell more Independently published books is to create your own market. Big publishing houses don't use the Internet to sell their books. Exploit their weaknesses, and help establish your own online destination for selling book(s).

It is not economically feasible to establish a brick and mortar presence for Independently published books. The hurdles to even the smallest market share is cost prohibitive. The best strategy is through the use of technology, the Internet, to create a combined web presence, a community, where writers can market themselves and their book(s).

The strength of the Independent writer and author is the combined size of the group. When we create the community and develop a following, the old adage "build it and they will come," will ring true. Major New York publishers relish in the fact the market for Independent books is fragmented and floundering. The last thing they want to see is a joining of forces into one location where readers can shop for books. The creation of a single community of Independent authors would send shock waves throughout the business! Let’s create our own market and stop trying to break into theirs.

It’s free, and the first step toward total independence in the marketplace for bookselling.