Commonly Misused Words...and how to use them correctly 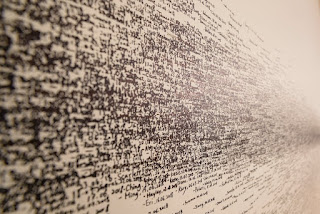 Here are some commonly misused words, and some examples to avoid repeating the same mistakes in your own writing, and speaking.  Have fun.

1.  affect/effect  Affect-to change an outcome/  Effect-the result of change or an event. Ex. The effect of the chili was not felt until the next day.  It affected me the most.  Memory tip- we can affect the effect.

2.  accept/except  Accept- to agree or receive something. except- to leave something out.  Ex. I once saw a website that encouraged me to "except" Christ.  They had meant accept (to receive Christ, not except, to leave Christ out!).

3.  anymore/ any more  Anymore- an adverb meaning now.  Any more-signifies something extra.  Ex. "I won't eat doughnuts anymore," I announced.  Ed jumped up and said, "I will go and make sure there aren't any more in the house."

4. already/all ready  All ready- meaning all set  Already-meaning something has taken place.  Ex. I am all ready for a vacation.  In fact, I have already packed.

6.  bad/badly  Bad-bad is an adjective it describes nouns or pronouns.  Badly- is an adverb that describes verbs or answers the question how.  Ex. Ten of the twelve scouts brought back a bad report from the Promised Land. (Bad-report).  Only Joshua and Caleb did not speak badly about what they had seen. (Badly- speak)  Important note: In English, it seems, there are always exceptions.  Use bad with verbs of the five senses. Looked bad, feels bad, sounds bad, tastes bad, smells bad, etc.

9.  fewer/less  Fewer-use fewer when the amount can be counted.  Less-use less when something cannot be defined. Less sense, less courage etc.  Ex. Do we have fewer than ten people present?  I had less fear about the situation than I did last year.

10.  good/well  Good is an adjective it describes nouns or pronouns.  Well is usually an adverb that describes verbs and answers the question how.  Pete makes good Italian dishes.  However, he doesn't always clean up well afterwards. Important note:  Again, with the five senses good would be used. Looked good, smells good, etc.  Also note: with health use well, since it is the opposite of sick.  After overeating at the buffet, I didn't feel well.

11.  hopefully   This is an adverb meaning "full of hope".  This has become an overused word.  Do not use hopefully when it has no verb to modify.  To test, substitute "full of hope" to see if the sentence makes sense.  Hopefully, I waited by the mailbox.  (Hopefully modifies how I waited, this is correct)  Hopefully, the phone will ring with an offer. (In this case the phone cannot be full of hope.  A better sentence would be; I hope my phone will ring with an offer.

12  its/it's  Its is a possessive pronoun showing possession of something.  "It's" is a contraction of it is.  Ex. The Husky held fiercely onto its end of the "tug of war" rope. It is just too expensive, or it's just too expensive. Memory tip: Possessive its never splits.

13.  nauseous/nauseated  Nauseous is an adjective meaning to cause nausea or disgust.  Nauseated is a verb meaning to feel sick or nauseous.  If you say you feel nauseous, it actually means you make others sick when they come in contact with you!  You should say: I feel nauseated.  The smell of sewerage is making people nauseous.

14.  regardless/irregardless  Regardless of what you've been taught, "irregardless" is not Standard English.

15.  than/then  Use than to show comparison.  Use then to show time.  Ex. Ed said that he was definitely wiser than Pete.  I wonder what happened then?

16.  their/there/they're   "Their" is a possessive pronoun.  There shows place, and can begin a sentence.  "They're" is a contraction of they are. Ex. Their car is awesome.  They're going to give me a ride.  What a way to get there.

18.  your/you're  Your is a possessive pronoun.  "You're" is the contraction of you are.  Ex. I had never seen your car before.  Now I understand why you're always running late!  Memory tip: Possessive your, only four (letters).