How A Sense Of Wonder Makes Life Richer 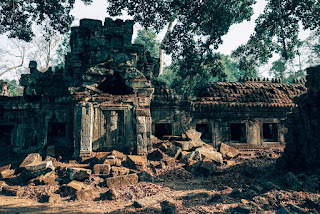 It always amazes me when I meet someone who has a disdain for expansion of knowledge.

The other day, over lunch, I was arguing with a girl about a principle of abundance. I illustrated this principle with anecdotes about historically famous millionaires who had applied this principle successfully.

Her response: “I can't use this information. It doesn't come from my experience.”

Since her idea of reality was only what fell into her immediate experience she was discounting the possibility of knowing anything outside it. Yet, unless she was willing to acknowledge the possibility of something outside her immediate circle of influence, how could she invite the actuality of the experience. Unless one has a hypothesis, experimentation is not an option.

Here is another example. During a certain period of time, a friend of mine and I, while working and living in similar circumstances, developed a completely different view of reality. During this time, I read books on super-string theory, quantum mechanics, occult phenomena, and strategic thinking. My mind was exploding with the richness of the world that I had uncovered. She, on the other hand, preferred to live within the range of her limited experiences. My life took a quantum leap for the better, hers remained the same.

Since my college days, I have consumed an average of three books a week. My view of the world since those days has expanded so enormously, and my experience of my life and of myself has grown so exponentially that I barely recognize the person I used to be.

In my view, the development of the printing press and the genius of the global brain called the Internet, have been inventions of such massive importance that they have accelerated the development of consciousness to an unbelievable extent.

In this century, we have experienced more awareness than at any other time in history. Never before have we, as a species, been aware of so much possibility, so much power, and so much diversity. Perhaps, somewhere along the line, there is a distinct possibility that we will even give up our brutality.

Dr. David Hawkins, who uses a unique method to measure the expansion of consciousness using the non-linear dimension, has concluded that at the time of the Buddha, the average consciousness of all of mankind was around 80; during the time of Christ, it was around 100; and during the present day, it is around 200 to 210. To appreciate the enormity of this jump, you have to consider that he uses a logarithmic scale of 0 to 1000, with 1000 being the highest state of measurement on this planet, exemplified by the Christ Consciousness. A rise of well over a 100 points for our species is enormous considering a significant rise in consciousness is about 5 points in a single lifetime.

In Vedantic literature, the highest values are considered to be Jnana and Bhakti. Jnana is knowledge of the absolute; it is recognizing the field of pure potentiality, the quantum soup, from which all manifested things arise.

When this Jnana is reached, a state referred to as enlightenment, or satori, or connecting with the Christ Mind predominates; at this point true Bhakti, the unconditional love for all life, emerges.

Thus the pursuit of knowledge, whether exoteric or esoteric, is of supreme value. Exoteric knowledge allows for a greater power in the world of matter.

Esoteric knowledge allows for the next step in consciousness, living beyond conditioned thinking in the pristine quality of the moment.

Since we cannot, due to the limitations of time-space, learn through direct experience, we must rely on vicarious experience. In a single book, a man's condensed knowledge can be transmitted to your brain. It took Albert Einstein many years to formulate the Special and the General Theory of Relativity, and behind his breakthrough was the research and the pondering of hundreds of the finest minds. Yet, in a week, given a 200 page book, I can grasp the essentials of what took so long to discover. This is nothing short of miraculous.

Sometimes, I meet people whom I have not spoken to in years. I find that mentally they have as little understanding of themselves and the world around them as when I knew them before. They even have the same problems that they used to have.

One does not have to be an intellectual to read a book; one merely has to be curious. And if our species were not curious, we would still be in the neolithic age.

Books are magical apparitions. Time-bending messages. The wisdom of Socrates or Marcus Aurelius can inform my decisions today in the 21st century.

And now with the advent of the Internet, knowledge will expand so rapidly that before the end of this century hover-cars and the scourge of horrific mental and physical maladies will be a thing of the past.