What is the Three Act Structure? 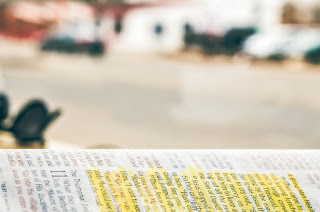 ACT ONE – The Setup
In Act One the protagonist meets all of the characters in the story. We also learn the main problem of the story. Everybody can usually plot Act One because we have to know the problem to have the idea. The trick in Act One is to keep it interesting. Don't just start rolling out story points. Start at the most interesting point, where there is conflict and excitement, and help the audience sort it out.

The protagonist may be the hero or the villain, depending on whose story is more interesting, whose story drives the plot forward.

You should open Act One with a bang. Don't start at "Once upon a time." Open with a hook.

By the end of Act One you should also have introduced the protagonist, the antagonist and set up all of the secondary character relationships.

Here are some general guidelines for the objectives of Act One.
1. Establish the status quo for the protagonist.
2. Present the initial impetus for a move or change by the protagonist.
3. Ask the central question of the book. Summarize your book in 25 words or less and you will find the central question of your book.
4. Define the wants of the major characters and their reasons for desiring these things.
5. Lay the groundwork and establish the stakes for the chase to occur in Act 2.

ACT TWO – The Chase
This is the most important act in the drama because you have the two most important structural moves in the story.
1. It complicates the initial problem.
2. It defeats the protagonist at its end.
The complication usually comes at the top of Act Two. The problem that we already set up in Act One, now has to become much more dangerous and difficult.

A good way to design the complication is to let it be a piece of the back-story that has remained hidden until Act Two. The protagonist must then start to try to solve this bigger, more complicated problem, while the adversaries make moves to defeat them. Your adversaries must be in motion. Adversaries should not be standing around, waiting to be caught.

The end of Act Two marks the destruction of the protagonist’s plan.
At the end of Act Two the protagonist should be almost destroyed, and at the lowest point in the drama, either physically and/or emotionally. He (or she) is flat on his back and it looks like there is no way he can succeed.
Here are some general guidelines for the objectives of Act Two.
1. The protagonist behaves differently, more assertive
2. The protagonist tries to do the right thing, but is foiled by the antagonist three times. These are called reversals. Think of any story and spot the reversals. The overall conflict has three reversals and one conclusion.
3. Use the information presented in Act One. This is the groundwork we discussed during Act One. Objects and facts that appeared in the background of Act One now take on new meanings significant to the plot.
4. Make the chase unpredictable, stimulating, engaging and unique.
5. Rely heavily on physical action.
6. Put the characters in interesting situations and locations, ensuring those situations and locations relate to the hero’s intent.

ACT THREE
This is simply the resolution of the problem. From the rubble laying around him/her, the protagonist picks up a piece of string and follows it to the eventual conclusion of the story. Some stories have downbeat endings, where the protagonist learns a lesson, but dies or is defeated.

Of course, there is no precise formula for success. It is always possible to alter this Three Act Structure, but remember, if you break these plot rules, you should at least know why you are doing it.

Here are some general guidelines for the objectives of Act Three.
1. Answer the central question of the book.
2. Fulfill all the promises made in Acts One and Two.
3. Answer all questions asked in Acts One and Two – no loose ends.
4. The protagonist must undergo a change to conquer a larger version of something that conquered him during