Learn To Trust That Gut-Feeling 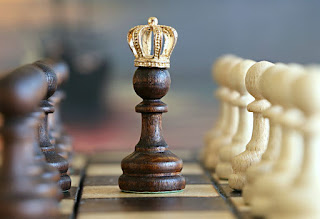 It just might save your life
Think of the many times throughout your life when you experienced a strange feeling that turned out to be an early warning of danger.

Use your early-warning radar.

Did you take heed of that warning and avoid the impending danger, or did you ignore your built-in early warning radar and walk right into harm's-way?

The funny feeling in the pit of your stomach or the feeling of the hairs on the back of your neck standing on end are ways of your body telling you that something is very wrong.

Any veteran police officer or soldier who's seen combat and lived to tell about it will explain that part of their survival was due to trusting their "gut-feeling" that they were in danger.

Here's how it works:
There is nothing magical about this sixth-sense. It's simply your body's first reaction to adrenaline entering your blood stream.

As your digestive system is being shut down to allow more blood to flow to your muscles, you get a queasy feeling in your stomach.

Your body is getting a shot of adrenaline because your brain has determined that you're in danger. It isn't paranoia or imagined fear. It's real, and you need to pay attention to it.

Many times after the immediate threat has subsided you realize what it was that caused your sub-conscious to go into the fight-mode.

After thinking about it, you start to understand that while you were talking to the stranger and had that "gut-feeling" that something was wrong; you had seen out of the corner of your eye a second person to your right at a ten foot range.

At the time it was only a flash of movement to your right, but in hindsight you realize that it was an accomplice of the stranger trying to hide from your view behind a car.
Because you trusted your "gut-feeling" you took defensive action and survived. Had you ignored that un-easy feeling, you would not of been aware of the second person coming at you with a tire-iron.

Steps to take when you get that "Gut feeling":
1.) Move! Don't wonder why, just move!
2.) If you're armed, make sure your weapon is ready to be used. Preferably in your hand.
3.) Take a 360 degree look around you. You need to shift to a higher state of awareness, from Yellow to Orange. This is where you identify a possible target. Make your plan of what action you'll take if the target makes a move toward you.
4.) Stay aware, there's a good chance you have multiple attackers.
5.) If you're sure you've got a problem, look for the fastest way out.
6.) If you're unable to tell what caused the "gut-feeling" of danger. Don't think that your in the clear. The problem may still exist, so let yourself shift back to Yellow, but stay sharp. Be prepared to shift back to Orange should any new target present itself.

It's been part of you since birth.
You can see the effects of the instinctual "gut-feeling" clearly in an infant child.

We as adults have that same instinctual ability to sense danger. We just need to learn to trust it, practice using it, and never doubt it.

Just as a yawn is a signal that you're tired, and a sneeze the sign of an impending cold. Your "gut-feeling" is a life saving indicator that you're in serious danger, and to be prepared to take appropriate steps to defend yourself.

Learn to embrace this God-given self-defense instinct. Never ignore it. Use it, stay safe, stay alive.