Writing the Denouement for Mystery Stories 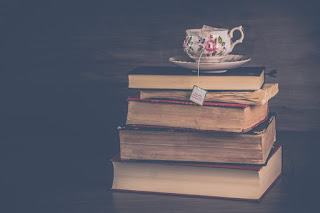 Writing the Denouement for Mystery Stories

I've read many mystery novels in which the writer left out the denouement, but, in my opinion, a mystery without one is seriously lacking. Admittedly, I grew up reading Hercule Poirot, in which he always demanded to gather up all the suspects so he could demonstrate his brilliance in deducing the meaning of all the perplexing clues and fingering the murderer.
Poirot's motive for such demonstrations may have been egotistical, but there's no doubt he had a flair for the dramatic. And stories without the classic denouement leave me feeling cheated.
Tips on writing denouements
1) Include all the major characters/suspects
2) Make sure that the physical surroundings of the meeting place are inducive to comfort. Put the suspects at ease and the murderer will more likely act irrationally when he or she is accused.
3) Have the protagonist/detective start his or her narrative at the beginning and work to the end, explaining all the confusing details along the way.
4) Point out the motives each suspect had for doing away with the victim. It's always a good idea to have at least two or three other people who gained something from the removal of the victim.
5) Don't let your protagonist/detective do all the talking. In general, it is his or her narrative, but inserting an occasional question or comment from someone else will keep the reader aware that others are there also. It's also good to mention their reactions to the elucidation of the mystery.