Wordsworth's "Ode on Intimations of Immortality" 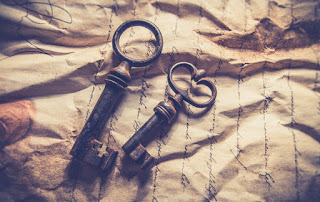 In a letter written in 1814, Wordsworth referring to " Intimation to Immortality' ode wrote the following to clear his stand on the poem:
The poem rests entirely upon two recollections of childhood, one that of a splendour in the objects of sense which is passed away and the other an indisposition to bend to the law of death.
[(Quoted in) Durant]

In a later comment, Wordswoth states that for a child, the world seems more vivid and has a strange charm, which an adult is unable to view. Wordsworth through his recollections tried to revisit that wonderland which he was more real for him than the present real world and it is on this recollection  the Ode is based upon. Along with it Wordsworth has used many theories and myths regarding human existence. But it is sufficient to say that "From this starting point, the poem examines the whole story of humanlife as an excile from an earlier and more perfect state' (Durant)

The primary point that the man lives in "less than perfect condition', has been interpreted in various myths, one of which (and of course the most popular) is the myth regarding adam and eve in Bible. "This story tells us how through the eating the fruit of the tree of knowledge of good and evil, man first knows pain, guilt and anxiety' (Durant).The Greek myth about Pandora's box also narrates how the opening of the box by two children brought sorrows into the world.

Ancient philosophy also supported this myth indirectly. Plato's adaption of Pythagorian theory states that the soul originally resides in the supernal region of the pure idea and when the soul is born, it enters into the "dark prison house' of this world by losing its memory and thus goes farthest from heaven.

Though Wordsworth used this myth in his poem he doesn't advance the argument in its favour. In Durant's words: "The poem makes use of the myth of pre-existence, but this is not what the poem "means' ' (Durant).
He more over adds that "In one sense the meaning of the poem is simple. The poet raises the question of the value of life itself, once the primal joy experienced in childhood gone by. The first four stanzas are given to a statement of the sense of loss felt by the poet when as an adult he can no longer experience the unity of being and sense of illumination he remembers from his childhood' (Durant).

In the first stanza he writes "There was a time', referring to  his childhood, when "the meadow, grove and stream, / The earth and every common sight'---- seemed to him in "celestial light' which he "now can see no more'. This stanza infact describes poet's lamentation (at least a kind of ) on not being able to see any more the "glory and the freshness of a dream' that his childhood had.
Echoing What he said in the first stanza, Wordswoth writes in the second one that wherever he goes he knows "That there hath past away a glory from the earth'. The tone becomes more sad in stanza three and here the poet confess it in the line: "To me alone there came a thought of grief' --- and also provides the clue to the cause of writing this poem: "A finely utterance gave that thought relief'.