The Truth About The New York Times Bestsellers List 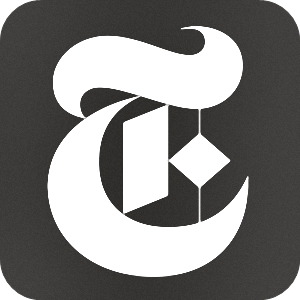 Getting your book on the New York Time Bestsellers' List is the gold standard of literary achievement...

Here's the truth - it's all smoke and mirrors. Bestsellers' Lists are lies!

With most lists, sales are normally curated in a finite window of time, from a very limited number of places.

Or, in worst case scenarios, it's a handful of people deciding who makes the list based on what THEY think is relevant and noteworthy.

Since its inception in the 1930s, the New York Times Bestsellers' List has consistently fallen under scrutiny.  This is mostly due to the small selected sample from which it draws its numbers.

Specifically, there are a few problems to which the NYT's Bestsellers' List can fall victim.

One is fast sales. They look at a very short, finite window of time to pick out the bestselling books for their list.

This means that a book could sell really, really well in one week, while another book could sell steadily over several months and outsell this book, but the one that sells faster in a shorter period of time is going to hit the list.

Another issue that could come up is double counting.

So, since the list accounts for booksellers and wholesalers, its possible for a book sale to be counted twice, therefore skewing the numbers.

Then there's manipulation of the numbers by authors and publishers. This can be as simple as an author or publisher buying up massive quantities their own books to inflate sales.

Retailers and wholesalers understand the prestige behind a spot on the NYT's Bestsellers List. By inflating their sales numbers that they report to The Times, they can basically make a book a bestseller before it even gets there.

All that might sound like compelling evidence, but don't take my word for it. There's a ton of information online about how The Times's list is curated and the problems associated with it.

One interesting case to note is the 1983 William Blatty case. Blatty sued the NYT for $6 million because his book Legion, which was adapted to become The Exorcist 3, was not included on The NYT List despite having great sales numbers.

The NYT was able to win the lawsuit.

There defense:  "This list is not mathematically objective, but rather is editorial content and protected under the Constitution of freedom of speech."

No matter what the sales or ranking, there's always a chance of not hitting the list.

It's also very important to note - outside of the Romance and Horror genres, the NYT does not recognize books published by one of the top 5 publishers.

...there is some silver lining to this situation. There are still a variety of ways to measure the success of your book.

Be clear and honest with yourself about your goals for the specific book you're publishing. And if you publish multiple books, it's always a good idea to go back to the drawing board for every one and set a specific set of goals for each book.

If you're still interested in getting on the Bestsellers list, here are a couple of ways to stack the deck in your favor.

For the NYT, it's specifically important to obtain a large amount of presales if you are a new or relatively unknown author.

This means around 10k minimum.

The thing to keep in mind is that their looking for the rate of sales in a specific time period.

What you want to do is sell as many copies as you can in a short amount of time. Selling around 5k in a week a great way to catch the attention of the Bestsellers List.

Also, be aware of where your books are selling.

Books must be sold through a channel that is reported to the list you're trying to make. Do your research and find out all of the reporting information.

Don't forget that there are other lists out there as well.

Take a look at The Wall Street Journal's Bestsellers list. They usually look for around 2500 to 3000 sales to make their list. And they accept self-published books.

If your goal is to make it on a list, don't let anyone tell you that it can't be done. Know which list you want to be on and map out a plan to get there.