Short Story Ideas - How To Have Them 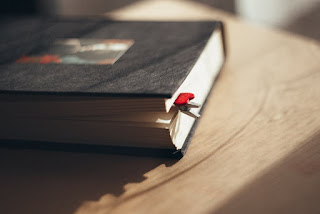 Hopefully, when you want short story ideas, you don't sit there waiting for inspiration. It's better to write anything, and do it right now. English writer Graham Green attributes much of his success to a simple habit: He forced himself to write at least 500 words daily, whether he felt like it or not. Perhaps creative inspiration can strike at any time, but it strikes more often when there is work instead of waiting.
What do you write though? Here are a couple new ideas for generating new short story ideas.

I once created  a car travel game called "Explain This." Someone suggests an unusual scenario in a sentence or two, and then each player explains it in a plausible way. It's an entertaining way to pass the miles, but also a great way to come up with short story ideas.
Just start with an odd scene, anything that pops into your head. You might start, for example, with "Todd handed out the dollar bills to the people as they walked by, trying to distribute as many as he could quickly, before the police could stop him." Now explain that. Our minds insist on explaining things, so you'll find an explanation if you try. If it's interesting enough, you have your next short story.

As I look at the scene in my mind, I imagine the dollar bills are signed or otherwise identifiable, and they can be traded at a big seminar for a gift worth even more. A person could spend it and get a soda - or get something truly valuable for it. Maybe this will go in the marketing ideas file instead of the short story ideas file.

Maybe Todd is handing out the last of his money as per the instructions of his spiritual leader. Could it be a "get rich quick" cult that requires all members to start from zero? A religious movement based on getting rich? Someone could make it into a plausible story.

Here's a fun technique that is hopefully useful, but is at least worth a few laughs. Just combine old stories into new ones. The less similar the stories you start with, the better. The story of Adam and Eve combined with "I Robot," for example,  could lead to an interesting new story. Maybe a pair of robots start a new world. "Original sin" might be the arising of their own consciousness, or their rejection of man as their master.

Hmm... "The Miracle Worker" and "Gorillas In The Mist?" Struggles of an ape that learns at last to speak and be independent? "Star Wars" and "Cool Hand Luke?" The story of a man who livens up the deathly atmosphere of a penal colony in space? "Frankenstein" and "Gone With The Wind?" The possibilities are endless. Start cranking out those new short story ideas.