My Favorite Errors to Correct (Don’t make these mistakes, and your writing will rise above most other writing.) Part 2 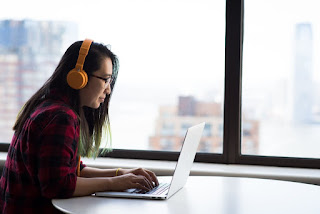 Negotiables: These are rules that the experts largely agree can be broken to good effect. In formal writing (such as a doctoral dissertation), the strict rules would still apply. But in informal writing, such as writing an autobiography, looser rules are acceptable.

Split infinitives: An infinitive is the basic verb form (to be, to do, etc.). “To boldly go where no man has gone before” may not sound as good as “To go boldly where no man….” Yet, many times, there simply is no other good place to put an adverb but in the middle of the infinitive.  Don’t contort your sentences just to avoid splitting an infinitive.

Ending a sentence with a preposition: Prepositions are those little words such as in, on, to, for, with, by. The first step is to make sure you really need the preposition. In rise up, enter into, chase after, continue on (and others), the verbs all function without any preposition. Also, if you can attach the preposition to a verb, do so. Example: “I’m going to pick up the kids” sounds better than “I’m going to pick the kids up.” On the other hand, sometimes there is no other good place to put the preposition but at the end. (How else would you say, “It’s freezing in here because the air conditioning is on!”?) Don’t contort your sentences just to avoid ending with a preposition.
Fragments: A complete sentence requires both a subject and a verb; if one or the other is missing, it’s a fragment. Fragments can easily confuse a reader. On the other hand, if it’s brief, such as “Indeed.” “Perhaps.” “No problem.” “Probably not.” …it will be understood, and adding enough words to make a complete sentence can make it too wordy. Or, if the fragments follow a pattern, such as, “All of the kids in my neighborhood grew up to be successful professionals. Doctors. Lawyers. Airline pilots. Entrepreneurs.” Or “He walked away, and she never saw him again. Until today.” …again, it will be easily understood. Use fragments with care, and they can be effective.

In sentences such as, “However much we hurry, we will still be late,” you would put however at the beginning. The clue is whether or not however is followed by a comma.
“Hopefully”: Though exceedingly common, this is not a good word to use when you mean, “I hope….”, “It is hoped….”, “With a bit of luck….” or something like that. Hopefully does have its place, as in, “I ran hopefully to answer the door, wanting it to be my son, home safe and sound.”
“He”/ “she”/ “they”: This one won’t come up much in autobiographical writing, because you will probably remember the gender identities of the people in your life. But in other kinds of writing, you will have to decide.
Traditionally, when gender was unknown, we said he. A few decades ago, someone decided that’s sexist, and we must say he/she. This can be cumbersome if we must continue with his/her, him/her, and so on. So someone suggested we use the neutral they, but I personally think this sounds lame when we are talking about an individual.
I think the best rule is, if you know the gender, say it. If it doesn’t matter, choose one. If you have more than one person in your narrative, alternate genders—the teacher is she, the student is he, and so on.

Latin vs. Anglo-Saxon: We used to be told not to use Latin-based words when we can use Anglo-Saxon equivalents. That’s no longer the case (and thankfully so, because I prefer Latin). Avoid, shun, and eschew mean essentially the same thing. The origins are Latin, Anglo-Saxon, and French, respectively. Most people would choose avoid. But if you prefer the sound of one of the others, by all means, use it.
Technique: Following are some things that are generally accepted as “best.” They are neither “right” nor “wrong”; some probably would not be used in formal writing, but can help informal writing be more effective.

Dynamic verbs are better than static verbs. Static verbs include all forms of “to be,” and all verbs that function the same way (to look, sound, feel, taste, smell, seem, etc.). Example: “He was really tall” is not as good as “He towered over everyone else.” Reminder: static verbs are modified by adjectives, while dynamic verbs are modified by adverbs. Example: “His behavior was bad”; “He behaved badly.” Do not say, “I felt badly” unless you mean you were clumsy in the way you touched something.

Active verbs are better than passive verbs. Example: “Everyone enjoyed the concert” is better than “The concert was enjoyed by everyone.”
Verbs are the strongest part of speech, followed by nouns, then adjectives; adverbs are the weakest. If you can find a good verb, you don’t even need an adverb.

Avoid weak modifiers such as very, really, extremely. In the example above, if you say he “towered,” you don’t need any modifier.
“There is,” “there are,” “there was,” and “there were” are weak construction. Example: A River Runs Through It is a much better title than There’s a River in It.

Redundancy vs. repetition: Redundancy is when you use the same word, the same expression, the same construction too often, to a boring effect. Repetition is when you do so intentionally to make a point. The first is bad, the second good.

Leave out “and” in a long list. Example: “Our farm had every imaginable kind of domestic animal—horses, cows, sheep, goats, pigs, ducks, geese, even a tame squirrel.” See how the missing and suggests the list could go on longer.

Ellipsis: In this context, it means a missing word or words that do not cause confusion because a pattern has been established. Example: “My oldest child is sixteen; my youngest, nine.” Is has been left out of the second clause, but you understand it’s implied.
Cliches and metaphors: Don’t use cliches. Most began as meaningful metaphors but have been so overused they’re no good any more.