My Favorite Errors to Correct (Don’t make these mistakes, and your writing will rise above most other writing.) Part 1 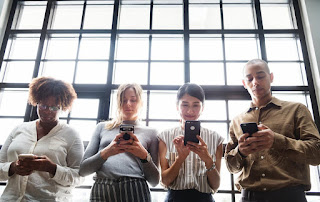 Following is a compilation of the kinds of mistakes I see most often in writing, often by successfully published writers.

I base my assertions of what is “right” (or at least “best”) upon the opinions of the authors of writing books such as The Elements of Style. This and my other favorite writing books are listed in the bibliography (at the end of this article).

This list is by no means exhaustive. (Many, many books have been written on the subject.) It simply reflects the tools that I think are most easily used to make your writing as good as it can be, with the least effort. Each mistake I have listed is followed by an example and the best way (or ways) to fix it.

Nominative vs. objective pronouns: Generally, nominative pronouns begin sentences (I, we, he, she, they), and objective pronouns end them (me, us, him, her, them). For example, “She gave it to me, and I gave it back to her.” Most of us learn not to say things like “Me and him are best friends” by the time we finish school. Adults, however, tend to make the opposite mistake and say things like “Just between you and I….”;  “It was a good experience for my kids and I”; “I can see a resemblance between he and his brother.”  Substitute me, me, and him.

“Who” vs. “whom” can be tricky in a complex sentence, and writers make mistakes both ways. The easiest way to do it right is to remember who is nominative and whom is objective. Try substituting he or him and see which sounds better. Example: “It was the teacher who everyone agreed made the mistake” is correct. Simplify and substitute: “He made the mistake.” You wouldn’t say, “Him made the mistake,” would you?

Another way to remember this is that “everyone agreed” is parenthetical, meaning that the sentence makes perfect sense without it.
“e.g.” vs. “i.e.”: Although it is possible that in some sentences, either one would work, I frequently see “i.e.” where “e.g.” should be. “e.g.” means “for example”; “i.e.” means “that is.” In this sentence: “You must turn in your assignment tomorrow unless you have a really good excuse, e.g., your dog ate it,” if I substituted i.e., I’d be suggesting that your dog eating it is the only good excuse for not turning in your assignment.

Hyphenating is over-used. Pickup truck is correct, although you might say pick-up location, or pick-up instructions. On the other hand, you would say, “I’m going to leave now to pick up my kids from school.” In general, when word combinations work together to create an adjective, it is hyphenated, although in some common words, such as pickup truck, it has become one word. Say either “My daughter was a five-year-old [hyphenated] at the time,” or “My daughter was five years old [not hyphenated] at the time.” Say, “This is my everyday [one word] hat; I wear it every day [two words] but Sunday.”
Comma use: “I love horses, dogs, and cats” is correct (with a comma before and). On the other hand, you could say, “The menu included steak, lobster, baked potato, vegetables, salad, bread and butter” (without the comma before and) because bread and butter are more closely related than the other items. The comma before “and” is referred to as the Oxford comma, and is usually used in literary writing, although usually not in journalism.
More on comma use: Both “My brother Joe is a firefighter” and “My brother, Joe, is a firefighter” are correct, although the second one somewhat more suggests that Joe is my only brother. Neither “My brother, Joe is a firefighter” nor “My brother Joe, is a firefighter” is acceptable.

The hardest comma rule for me to accept: The comma goes inside of the quotation marks, even “though logically it often seems not to belong there,” in the words of Strunk & White. You might call it “strange,” even “bizarre,” but it’s true.
“Due to the fact that”: Never say this! The single word “because” works wonderfully all by itself. Besides, due to works only between two nouns, as in, “The cancellation [noun] was due to the rain [noun].”
“That” vs. “which”: In my experience, it is overwhelmingly more common for people to say which when they mean that than vice-versa. Although each is distinct in purpose, depending on the meaning you want to convey, sometimes either one will work. “Please go get my shoes that are by the door” distinguishes that pair of shoes from all of my other shoes. “Please go get my shoes, which are by the door” implies that I have only one pair of shoes (not likely), and I am giving you the additional information that they are by the door. Or it could mean that we have already established which shoes I am talking about. The key is that which needs to be preceded by a comma.
Plurals and possessives of names ending in “s”: The following are all correct. “My grandfather, father, and brother are all named Charles, so I have three Charleses in my family. My brother Charles’s house is next door to mine, and my dad’s is down the street, so two of the Charleses’ addresses are almost the same.”
“Mr. and Mrs. Jones lived across the street. The Joneses had no children. But Mr. Jones’s business was successful, so the Joneses’ house was huge.” You get the picture.

Last but not least, perhaps my biggest pet peeve: “Lie” vs. “lay.” Lie is the word to use when any person, animal, or inanimate object acts upon him-, her-, or itself; lay is the word for when any person, animal, or inanimate object acts upon any other. The following sentences are all correct. “I’m tired; I’m going to go lie down for a while.” “Dogs and cats love to lie in the sun.” “He always lies down when he reads, so then he falls asleep.” “A tree fell down during the night, and it is now lying across the driveway.”
“The baby fell asleep; I’m going to go lay him down in his crib.” “I’m going to take off my jacket and lay it across the chair.” “My dog is on the lawn, carefully laying all his chew toys in a row.” “My hen lays an egg every day.” In any of these, if you confuse “lay” with “lie” (or vice-versa), it will be wrong.

Notice, also, that the past tense of “lie” is “lay,” so these are also correct: “I was tired, so I lay down for a while.” “My pets lay in the sun all day.” “The tree lay in the driveway until we figured out how to move it.”