Dusting Off A Dream: Writing Success At Any Age 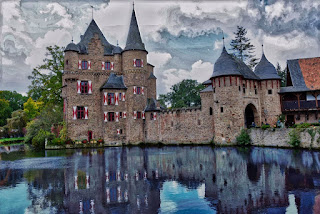 Country recording artist Tim McGraw once confided in an interview that there was a guy at a 7-11 that could sing him under a table. So, why was that guy serving up Slurpees while Tim is performing to packed stadiums?

The reason is the same for writers as it is for singers. There are many incredibly gifted writers who will never have a book published. The reasons are many, but it often comes down to their willingness to follow a dream or to shelve the dream for other reasons – some noble and some steeped in fear.

“The young do not know enough to be prudent, and therefore they attempt the impossible -- and achieve it, generation after generation.” - Pearl S. Buck

There is something about the idea of writing without fear. The dreams we may have once had do not need to remain a simple reference point for ‘what if’s’ and ‘might’a beens’.

The good news about writing is that the more real-life experiences you have the more you may be able to relate. It is never too late to pick up a pen and began to compose something extraordinary.

Sometimes the only thing that will set you apart from a better writer is simply your willingness to write – then share it with others.

"Self-trust is the first secret of success." - Ralph Waldo Emerson

The noble art of writing allows a wordsmith to venture into the hearts of humanity and welcome others to the exploration. Unlike certain other entertainment fields, becoming an author is something that can and is done at any age.

He has achieved success
who has lived well,
laughed often, and loved much;
who has enjoyed the trust of pure women,
the respect of intelligent men
and the love of little children;
who has filled his niche and accomplished his task;
who has left the world better than he found it
whether by an improved poppy,
a perfect poem, or a rescued soul;
who has never lacked appreciation of Earth's beauty
or failed to express it;
who has always looked for the best in others
and given them the best he had;
whose life was an inspiration;
whose memory a benediction.

Perhaps its time to dust off a dream.