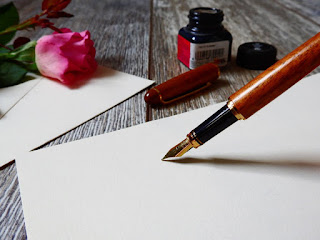 During a career spanning twenty-five years of novel, film, and television work, I've two major tools most valuable: the yogic “chakras” for characterization, and Joseph Campbell’s model of the Hero’s Journey for plot structure.

These are not random choices, nor were they selected because of the many intelligent and thoughtful essays on their relationship to successful film or world myth.

Rather, they are important because they create a connection between the inner world of the writer, and the external world of the finished work—and the reader.

A plot structure is nothing more than a tool for organizing events in temporal sequence. While there are more such structures than there are professional writers, few of them meet what thousands of students consider a critical test: are they actually easy to use and apply? A simple tool, however limited, can be of greater use than a complicated tool that requires years to master.

Remember: you will achieve real quality in your writing only by mastering your basics.
The Hero’s Journey, extracted from thousands of years of world mythology, has the advantage of actually mimicking the path of life itself. The “three act structure” does not. After all…life isn’t divided into three, or five, or eight acts.

Such divisions can be useful tools, but they should never be mistaken for some kind of “truth” about existence. In comparison, note this interpretation (there are others) of the steps of the Hero’s Journey, and to explain them, we’ll look at the first Star Wars movie, “Episode IV, A New Hope”:

1) Hero Confronted With A Challenge. “Come with me, Luke, learn the ways of the Force.” This is pretty clear, right? There has to be a challenge, or a beckoning, or the character won’t begin to change—and all great writing is about change.

2) Hero Initially rejects the challenge, :I promised Uncle Owen I’d work on the moisture evaporators.” A real challenge, one that can provoke real change, will be frightening and exciting. A character will usually have some reservations.

3) Hero accepts the challenge. Luke’s aunt and uncle are killed, freeing him from his oath. If your character doesn’t accept the challenge, there is no story—unless the story is about the consequences of not accepting responsibility.

4) The Road of trials. Traveling to the desert town and cantina, getting on Han Solo’s spaceship, traveling to other planets, etc. This is the section where locations and sequence interact. The character travels, learns, commits actions that force inter-action with the environment, and the environment responds positively or negatively, with greater and greater stakes as the story proceeds.

5) Gaining Allies and Powers. Luke meets Han Solo, and Chewbacca, and Obi-Wan, and Princess Leia. He learns of the Force, and the use of Light Sabers, and how to fly and fight and rescue princesses. If your character doesn’t have to grow in order to resolve the problem, you may have chosen the wrong problem or character!


6) Initial Confrontation with Evil, and defeat. Obi-Wan’s death. Or possibly the disastrous attack on the Death Star. One is private and emotional, the other spectacular and physical.

7) Dark Night of the Soul. The moment of greatest weakness. Luke begins to believe he cannot win, and everything he loves will die.

8) Leap of Faith. “Trust your Feelings, Luke.” The leap of Faith is always faith in one of three things: faith in self, faith in your companions, or faith in a higher power. In “Star Wars” it is all three! This may be the only time in the history of cinema that this was true, and helps to explain why George Lucas is a billionaire.

10) Student Becomes the Teacher. Luke is presented with medals, which establish him as a role model.

The above ten steps are not some cookie-cutter pattern. They are the combined world wisdom about the path of life itself, the process we go through in achieving any worthwhile goal. There will be fear. There will be defeat. We will need to gain new skills and friends and partners. We must be clear on our acceptance of goals and responsibility. We must have faith. And ultimately, if we have struggled, and learned, and sacrificed, and moved through our fear…we learn and grow and succeed. And then we teach others. This is the pattern of life, and any time you organize information and events into a pattern even vaguely reminiscent of this, the human nervous system, worldwide, will recognize it as story.
It is NOT some kind of cure-all for bad story tellers. What these ten steps are is something analogous to the eighty-eight keys of a piano. Understand the emotional and life significance of each step, and then “play them” as your developed instincts dictate. Make your own kind of music. The pattern has worked for about thirty thousand years. It will work for you, too.