The Art of Persuasion in an Essay 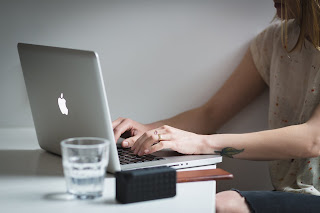 "Rhetoric is the art of discovering, in a particular case, the available means of persuasion."
--Aristotle

Every single human requires the art of persuasion at some point in their lives. As a child, one might use persuasion for the attainment of a toy or as an adult for the acquiring of other objects. A person here might whine, throw tantrums, but this behavior never seems to attain what is wanted by the person and just makes things worst. What one needs here is persuasion as it is the only method that can be sued by one to achieve what he wants. According to definition, “Persuasion is a form of influence. It is the process of guiding people toward the adoption of an idea, attitude, or action by rational and symbolic (though not only logical) means. It is a problem-solving strategy and relies on "appeals" rather than force” (Persuasion, p.1).

It is to be noted here that when writing an essay, a person needs to use persuasion so as to make people conform to the ideas that he or she presents in his essay. To write a persuasive essay, first of all the writer needs to have an argument. The argument has to be one-sided and the other side of the argument or the opposite answer is disregarded, but another fact is that a persuasive essay is never related to the pros and cons of the topic, but general facts related to its factuality. According to sources, “It can't be a fact. If you were to choose as your topic, "Vipers are dangerous," you wouldn't have to persuade anyone of that. However, if your topic was, "Vipers should be eliminated from the animal kingdom," then you would have presented an opinion that could be debated. Your persuasive essay will focus on only one side–your chosen side–of the argument. This will not be a pros-and-cons essay. Also, it won't be a personal opinion essay. You must be prepared to back up your logic with evidence collected in research that supports your position” (Covert, p.1).
Persuasion requires techniques. No one would believe anything said by another until and unless he or she is persuaded into believing it. Persuasion can be done by certain methods.

First of all evidence is required so as to support the claim made by the writer in the essay. The evidence cannot be general statements but have to be valid with good sources. Apart from evidence, persuasion needs to be sequential with one fact of the topic leading to the other for the betterment of the reader, as this would help him or her in understanding the topic as well as the claim. For example, if one is writing an essay on the above mentioned statement that is, “Vipers should be eliminated from the animal kingdom," the writer needs to begin by the dangers posed by the vipers and then move on to numerical data as to how much disaster is caused by them and then carry this argument forward.

In the essay, the writer should also bring forth a general introduction to the issues that are against the topic at hand. This would lead to a negation of the controversial topic and would help the reader into conforming with the arguments as well as to understand the whole topic.

In the light of the above-mentioned statements, we can hereby conclude that persuasion is an art that is used by everyone at some point in their lives. It is necessary to note that persuasion plays a major role in an essay, which is related to a certain debatable argument. Persuasion requires some techniques, which have been mentioned above.