The Arrogant Writer: Five Ways to Nurture and Defend your Muse 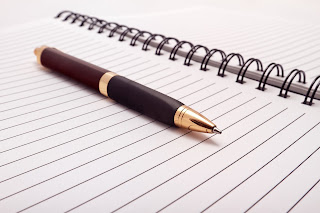 Arrogance has a bad rap. We think of arrogant people as unpleasant to be around, full of themselves, and incapable of taking an interest in anyone else. However, when applied to one’s own writing, a certain measure of well-placed arrogance can be a useful tool.

Writing can be a scary enterprise. The writer puts herself out for public scrutiny in a way most other artists and professionals do not. When the writer publishes, she commits herself to the words she’s written for the rest of her life. Even if she changes her mind about what she’s said, others may still react to the piece decades after it first appears in print. This can make even the act of putting pen to paper (or more likely, fingers to keyboard) an anxiety-producing ordeal.

Then there is the schooling most of us received, which treated writing as a chore rewarded when well done or punished when poorly done, as opposed to a pleasurable activity for ourselves and our readers. Very few of us had any audience for any the writing we did in classrooms, other than the teachers who instructed, criticized and graded us. It’s no wonder most writers suffer from self-doubt rather than overconfidence. We tend to underestimate ourselves and our words, even when they come from the most powerful places inside us, even when we get accolades from the outside world, and even long after we finally get published.

Practicing selective arrogance can help disarm these nasty doubts. And, not to worry: If you are not arrogant to begin with, practicing the type of arrogance I suggest will not transform you into an insufferable braggart. Rather, it will help uplift you from the gutters of self-doubt onto the clean, dry road to getting published. Even if you do not feel in the least arrogant about your writing, you can still follow my simple instructions to act as if you do, with the same results: to get published, or to get published again.

Selective arrogance does not mean thinking of yourself as any better than anyone else, or as having reached the pinnacle of your skills. Rather, it means treating every word you write as a precious baby worthy of the greatest care and nurturing. Here’s how to do that:
Never, ever throw anything away, period.

Carry with you at all times a means to record your creative thoughts.
Record your creative bursts, even if other voices inside you are dismissing them with negative judgments.
Trust your impulses and passions: if you feel drawn to write about something, write about it!
Eschew impatience-give your babies the time they need to gestate.
If you’ve read between the lines, you see that these instructions have you do nothing more than treat yourself and your writing with respect. However, because many people have a hard time doing even that, I counsel my clients to behave arrogantly. It gets them giggling and releasing the feelings they have about their writing, and makes it easier to find that respect.

Although you may have read elsewhere to be prepared to throw away your first writing attempts, to release attachment to your early work and the like, nuggets of wisdom and creativity appear throughout a writer’s life from childhood through seniority. I advocate collecting and these and treating them with care, perhaps polishing them now and again. There is no magical moment when one suddenly becomes “a good writer.” Thus, your most novice scribblings become diamond mines.
The one time I disobeyed my own advice and discarded what was I believed was possibly the most poorly written sentence in history (or at least my own history), I rejoiced. Five minutes later, I needed the gem in a new sentence, and struggled to reconstruct the one I’d discarded. May you never make that mistake-do as I say, not as I’ve done.

These gems also shine through at unexpected times. This is why I advise my clients to carry at least some scrap paper and a pencil nub if not an electronic recording device. The times at night and in the mornings between wake and sleep often yield good raw material, so keep your recording device of choice bedside.

The idea behind saving every little scrap, writing everything down and cultivating the arrogance to believe these activities matter is that finished pieces often assert themselves over time, forming a coherent whole from little scraps, like a Rorschach, or getting that crucial letter right in the Wheel of Fortune. The key is to keep feeding the collage and trusting that something or things will emerge over time.

Not every sentence will necessarily lead to an essay, book or screenplay of its own. But some might add that missing piece to make a good piece great. Even tidbits that go nowhere for now still give your brain a chance to exercise itself and keep your creative pathways well-hacked.

When it comes to choosing which pathway you’ll write your way down, trust your wild and wooly impulses. If you’re drawn to something, chances are you will make the subject come alive. You’ll seduce your readers by the very fact of your relationship to the material.

Finally, give your pieces the time they need to develop. Being an arrogant writer means honoring the gestation period your writings must pass through to be born into the world healthy and ready to engage readers. Honoring this gestation period may mean asking for help. Just as the dedicated gardener finds the right soil, fertilizer, seeds, watering schedule and equipment, so the arrogant writer finds her coach, buddy, copy-editor, ghostwriter, or colleague’s expert eye. I have seen writers move from stagnation to publication with the right combination of assistance. I love being part of that process.