The Annoyance of the Three Paragraph Essay 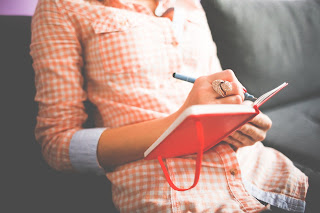 So we begin where we have so diligently been instructed to start, at the beginning. Our teachers berate us over topic sentences and main ideas using the terms interchangeably but stressing that they are distinctively different from each other. It is that paradox which boggles my mind and evokes writer's block. I like to consider that I have more fulfilling things to do than to keep track of which is which in my first paragraph. I would much rather get a root canal than agonize over some imaginary division between essential two words that mean the same thing to me.

Remember that the topic sentence is to introduce the subject matter. For example a proper topic sentence for piece of work would be, "I hate three paragraph essays." The main idea would probably be the same thing but together differently or I think you have to explain it. After deliberating through that issue and introducing the topic we are told to write a transitional sentence and push ourselves to get to the bulk of the essay where you explain your subject.

Most instructors dictate that you have at least three points of defense and/or explanation. The three paragraph essay is stifling to creative expression in its rigid structure. An English teacher once tried to explain the divinity of the three paragraph essay by comparing it to a triangle saying, "The triangle is one of the strongest structural shapes, which can endure a great amount of weight that's what makes it perfect for an essay."

I personally don't appreciate the comparison, because in my opinion the triangle is the most dangerous shape. It has pointy ends which can break skin depending on the degree of the angle, but that's geometry. A  smal light bit of writing on top followed by a heavy middle section ending with a little bubble of words for feet. It just isn't proportional or aesthetically pleasing. The three paragraph essay also doesn't lend itself to an agreeable flow of thoughts. Everything of significance is crammed into the center. Three paragraph essays read more like an E. E. Cummings poem whereeverythingisranintoexaggeratetherateofspeechorthought. Jokes aside, it really does push everything in to close together. Readers that skim through derive very little because there are no breaks between the thoughts to slow them down to take matters into consideration. New ideas should not just be broken down into sentences they can be expanded into paragraphs so one has more room to explain. Having only one paragraph pressures writers to use concise words, and let's face it some of us don't like to visit words outside of: good, bad, cool, dumb, and weird.