Putting The Critics In Their Place 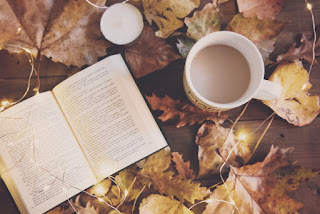 I once read that if you were a writer, it wasn't enough to just write. "You must publish what you write" was the given advice. I believe that's true and it's great advice. But when you do that, you have to know at least three things are going to happen: 1.) Someone will like your writing. 2.) Someone will dislike your writing. 3.) Someone won't care! If you allow all these reactions to make or break you, you'll be on an endless emotional roller coaster ride. You can smooth out the peaks and valleys, though, if you ask yourself a few questions.

Who is Saying it?

You may have heard the saying "consider the source". That's important when you're weighing any commentary on your work. In the case of teachers, editors or book reviewers, you want to be confident that the person is truly objective and knows what they're doing. If you're sure of them, you can take what they say, good and bad, and learn from them. These aren't people out to destroy you (usually!), so don't shoot the messenger.

Once people in the real world start buying and reading your work, you'll definitely hear about who loved it and who hated it. But pay close attention because there's more to it than a love-hate relationship. My first novel was packaged in such a way that it looked like an urban romance when in fact it is a complex family drama. I knew people who picked up the book expecting a light romance would be sorely disappointed--and that's exactly what happened when my novel was featured in a book-of-the-month club that specialized in selling urban romance. Many of their customers who bought my book hated it!

What Are They Saying?

If I had taken their criticism at face value, I would have felt like a failure. But all of the reader comments I saw on the club's website: "Too slow, boring, not enough se*x" told me they were expecting a different kind of book--and I didn't blame them! I would have been miffed too if I had expected "Valley of the Dolls" and ended up reading "War and Peace"! These readers were not in my target market, so the comments didn't upset me.

Readers in my target market gave different feedback. Yes, they liked the book, but that wasn't all: I could tell they had engaged with the book and had invested in the characters. Even comments about how frustrated they got with the main character were good because it meant they cared enough to be frustrated. If these readers had found the book slow and boring, I would have known for certain I had a problem.

Is it Consistent with What You Know of Your Work?

As a writer, you must know your own work well enough to help you decide what criticism makes sense and what doesn't. I've said before that I believe most writers know in their heart when something is wrong or if they're having problems with their material. If you know writing dialogue is difficult for you, there's no reason to be hurt or surprised when someone says your dialogue is weak or unbelieveable. So do an open and honest evaluation of what the reader and/or critic is saying.

Make a Decision: What Will You Do?
No matter where your feedback is coming from, it will always be your decision whether or not you do anything with it. Sometimes feedback will open up new ideas and you're happy to rewrite based on those comments because you know the work will be better. Sometimes the book is already out there, and the feedback can only make you think about what you'll do differently next time. Or maybe you won't make a change at all. There's a particular scene in my novel that's so soap opera-ish it's almost ridiculous. But I knew that when I wrote it and I wanted it to be that way because I wanted to show how love can make people do crazy things. I wasn't going to change it.

But if I hadn't been clear on my intentions for the scene, I would have felt horrible everytime it was brought up in a book group's discussion. It was easier for me to stand up for my writing because I had been clear about what I was doing. So, for the sake of your writer's heart, be clear--all the better to see your way through to a better book.