Learn How To Write A Screenplay That Actually Gets Made 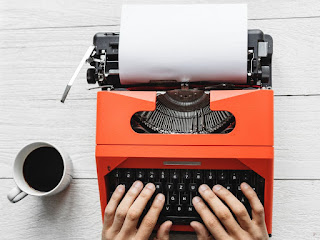 Almost everyone thinks they know how to write a screenplay.  We’ve all heard someone watching TV saying “I could write a better script than that”!

The truth is that just about everyone does have a story worth telling.  Unfortunately most do NOT know how to write a screenplay.

Most professional artists are very particular about their tools.  The screenplay writer is no different. The key to writing is being organized. Before even writing a single word, you must have an inner road map that your characters are going to follow.

If you are writing a novel, you CAN take the time to ramble and develop your descriptive talents.  A screenwriter cannot!

Just like any muscle, the writing ‘muscle’ has to be exercised on a regular basis.  The simple process of sitting in front of a computer for set periods of time is critical in training the subconscious that THIS time is when you are going to call on your creativity.  In order to learn how to write a screenplay you have to understand STRUCTURE. Unlike a novelist, you do not have the luxury of allowing your script to develop into 300 plus pages.  It will not get read if it does not conform to an industry standard of around 110 pages.

The structure of most contemporary screenplays: 1) Establish the character and general situation, 2) force them up a tree and throw rocks at him and 3) get the hero down again.

Firstly: you get the audience to know something about the character and his situation.

Secondly: a situation must be created that goes against your characters comfort zone. He must have a nemesis trying to destroy everything he stands for.  This ‘bad’ guy takes pleasure putting your hero up that tree and making it as uncomfortable as possible.

Thirdly: our hero needs to overcome all odds and ‘payoff’ the bad guy.

If it really is that simple, then why isn’t everyone a screenwriter? The answer is they do not know how to write a screenplay.

So let us say that you have a clear idea of what your three acts are going to be.  Well now you begin to develop the characters.  They have to play off each other and either support or destroy our main character.  Any time the characters are neutral, the screenplay is dead.  Just remember: conflict equals drama. No conflict, no drama.

So what does it take to become a screenwriter, besides learning how to write a screenplay?  It takes discipline – to sit at your workplace, even when you are not sure what you are going to write.  It takes having a thick skin, so that when the inevitable rejections come, you do not BELIEVE in their judgment as to your potential.  It takes major BELIEF in yourself.  But MOST of all it takes LUCK!

The film industry is littered with great scripts that never got made.  - Directors fall out with producers.  A great idea yesterday turns into a pariah today. The studio that WAS going to make your picture has changed hands and the new studio head wants to stamp his own directorial policy on his new position – and you were chosen by the previous head! There are a million legitimate reasons why Hollywood should not immediately fall at your feet – but YOU are going to overcome this.  If you do not believe this, then do not even attempt to learn how to write a screenplay! If you DO believe in yourself, then hey – why shouldn’t you be the one that gets lucky?!

So yes, learning how to write a screenplay isn’t so difficult. The difficult part comes AFTER you have written the screenplay.