Are You The Next JK Rowling? 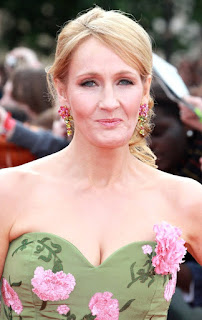 Harry Potter. The name brings instant recognition from people all over the world. The books have sold over a billion copies worldwide. Only the bible has more translations. The movies have gone on to grace the lists of the Top 10 grossing films of all time.

When Harry Potter and the Philosopher’s Stone was published in 1997, Joanne Kathleen Rowling was a previously unpublished author. She had no publishing credits, no insider knowledge, no friends in the industry.

So how did she do it? How did she go on, in the space of ten short years, to become the first billionaire author on the planet?

The answer actually lies in what she did in the seven years prior to the first book’s publication.

So if you’re an author who is yet to be published, you’re actually in the best possible position. Because it’s in this time, before your book hits the shelves, that you can have the greatest influence on its success.

Quite simply, JK Rowling followed a four-step writing process that you too can adopt to write your very own list of bestsellers. The question is: do you have what it takes to be the next JK Rowling?

This is by far the most underrated of the steps in the writing process. And in the final wash up it is absolutely the most important.

It was 1990 and Jo Rowling was on a train between Manchester and London. Harry literally strolled fully formed into her mind while she was gazing out the train window at a field full of cows. She spent the next four hours (the train was delayed) imagining Harry, the world he inhabited, the friends and enemies he had there and the dangers and joys he may encounter there. She had nothing to write on so had to be content to play this all out in her imagination. By the time she got off the train in London, the central cast of characters were already cemented in her mind.

But did she go home and immediately begin scribbling a story with these characters? No, she didn’t. She spent five years, yes that’s right FIVE YEARS creating and developing every last detail of the wizarding world, including government and education systems, how the wizarding world stood shoulder to shoulder with the muggle world, and she devised a highly sophisticated system of magic that would eventually form the backbone of her own special brand of writing magic. On top of this she sculpted out the entire story, planning the details and events of all the seven books, before she put pen to paper to begin writing the first.

JK Rowling planned the Harry Potter series for five years before she put pen to paper on the first book She wrote the entire first book, and felt as though she were “carving it out of this mass of notes”. All the planning was worth it. She was able to devote herself to the actual task of writing, knowing that all the story and character elements she needed were covered.

This is the best possible place for you to be in when you are writing a novel. Novels are long. Usually over 100,000 words and sometimes as many as 200,000 words and more. That is a lot of words! So if you have planned and structured your story effectively, done your research (either real or in your imagination) and collated your notes, then the writing process is an absolute joy, where you can be very certain of your ability to produce the best possible novel.

Jo Rowling said she felt she “had to do right by the book”. She really believed in the story and so when it came to writing it, she made sure she had taken care of all the necessary preparation. Once that’s done, writing is almost easy!

Jo Rowling rewrote the opening chapter of Harry Potter and the Philosopher’s Stone a total of 15 times. Her own mother died just 6 months after her first attempt at Chapter One of that book, and that sent her into a frenzy of rewriting, essentially changing everything. The Potter books are about death, there is no doubt about that, and they are driven particularly by the death of Harry’s parents and his miraculous survival. When Jo Rowling experienced such a major turning point in her own life, she rewrote the story to reflect and process her own pain.


Writing and rewriting are separate processes. Writing is scribing or sculpting out the drafts of the story. Rewriting is re-looking and re-seeing. Often the rewrite will show up where the story has gone off track and where questions asked at the start haven’t been answered by the end. In JK Rowling’s case, she realised after writing the entire first book that she had given away the entire plot of the seven books. She rewrote it in this light, and held many things back.

Many successful authors say that you only write to rewrite. DH Lawrence even said that he wrote his entire first draft, threw it away and then started again from scratch.

Editing is the process of refining and polishing your manuscript. This part of the process may be done by you, or by an external editor. It is often wise to have an editor look over your work before submitting it for publication as it is extremely difficult to get the distance you need from your own work to see where it can be improved.

Not that you have to listen to what the editor says. In the end it is your name on the spine of that novel and you are entirely answerable for its contents. Having said that, a good and subtle editor can lift your novel to heights that you may not be able to achieve on your own.

It is clear from the Harry Potter series that JK Rowling was more tightly edited at the beginning (the first two novels are barely more than 200 pages and by the time we get to number five, Harry Potter and the Order of the Phoenix, we are faced with a weighty tome of over 700 pages) so it is generally advisable at the beginning of your career to bear the advice of your editor heavily in mind, especially if you are new to publishing. In every event, less is more, and a distilled and focussed book is more likely to captivate and intrigue a new audience than a meandering epic that constantly loses its way.

Writing a book is a process, never forget that. Each step in the process is unique but necessary. Don’t mix them, and certainly don’t attempt to skip any steps. Do that at your own peril.

JK Rowling has shown the world what is possible if you adhere to the basic processes of the art and craft of writing a good story. So before you attempt your next novel, address the four steps in the writing process: planning, writing, rewriting and editing, and be sure you give each step its due.

And who knows? You could be the next JK Rowling.