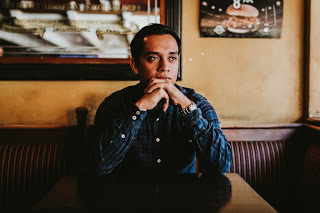 As you probably have already guessed, I have a problem. I am seriously battling with procrastination and I think I’m doing very well so far. You see, the good news is that I am not ashamed or too afraid to admit it, and neither should you be. I bet you’re saying to yourself right now, “I don’t have a problem.” Well I am here to tell you that there is hope for you. We will overcome this, together, but the first step towards recovery is being able to admit the problem. To make it a little bit easier for you, I will go first—‘Hi, my name is KG and I am a procrastinator.’ You see, that wasn’t so bad. So, are you ready to admit that you should be doing something else right now besides reading this? Don’t worry, it happens to the best of us; literally.

Wouldn’t that be something if there really was a Procrastinators Anonymous Association (PAA)? The thought sounds good, but I’m not too sure about how good of an idea it would be to actually start one. I can already foresee a few hurdles with having a PAA; for one, members may keep postponing the meetings for no apparent reason. Another thing is there would probably not be enough room to hold almost every single person in the world. Let’s face it, we all procrastinate. As a matter of fact, we are all experts at it and lucky for us it isn’t as bad as is made out to be.

As a writer, procrastination gives me a chance to think about my book while I’m doing something else in place of writing it. What better way is there to make use of all that time other than using it to contemplate new ideas, fine tune details, and get everything just right before I actually sit down to write? I once read somewhere that the biggest procrastinators tend to be very creative and intelligent. I am in no way making excuses for my procrastination; instead, learned to just appreciate and accept it.

It may sound crazy but I believe that the rest of the world also loves it when I procrastinate. Suddenly, everyone seems to get my undivided attention. My dog gets walked for a few extra minutes, phone calls get answered, and even missed calls get returned. It also seems to be the times when my stomach talks to me more than usual and the best songs come on the radio that I just can’t resist singing along to. The even crazier thing about it is I only procrastinate like this when it comes to writing. I don’t know why I do it, but it always seems to happen. I became curious and asked some other writers, artists and creative people if they experience anything similar. To my surprise, I was not alone. That is when I decided to write off my procrastinating tendencies as a trait that all writers and artistic people are just born with.

As a person who thirsts for knowledge, I did some research and found out that writers are known to procrastinate. Many well known writers are considered to be some of the biggest procrastinators. Inspiring isn’t it? If you really think about it, procrastinating can indeed be useful and necessary at times because it allows the writer to let go. Sometimes when you hold on to an idea too tight or try to force creativity, it seems to pack up and take a vacation somewhere, leaving you frustrated. But when you just let it go, it comes to you as naturally as feeling the warm sun against your skin. It’s no different than trying to remember that name that on the tip of your tongue. As long as you spend wrecking your brain trying to remember it, it never comes; but the second you stop trying and just let it go, doesn’t the name blurt out of your mouth as if you weren’t even trying to remember it in the first place? Some things are just unexplainably strange.

So now that I have admit my problem, which in essence has turned out to be not much of a problem at all, can you admit to being a procrastinator and accept the rewards and benefits that come with resourcefully killing time? I know one thing; it may have taken me 20 hours to write something that could have possibly been done in less than an hour, but who is to say that I would have came to these conclusions that fast? I want to give a special thanks to those four chocolate chip cookies that I ate, the glass of milk that helped wash it down, my supposedly housebroken dog for making “mess” on the floor, and my computer for acting up and erasing those much needed files. I am a procrastinator par excellence.